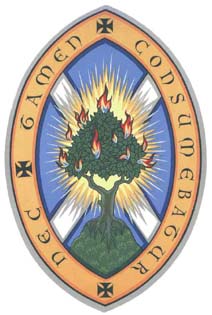 NOBEL Peace Prize winner Archbishop Desmond Tutu has been invited to speak in front of the Church of Scotland’s annual General Assembly meeting.

The veteran African churchman is due to attend the last day of the Edinburgh conference as a guest of former-Presiding Officer of the Scottish Parliament George Reid.

Mr Reid currently holds the post of Lord High Commissioner, otherwise known as the Queen’s representative to the Assembly.

Archbishop Tutu is expected to fly into Scotland on May 26 before spending the night at the Palace of Holyroodhouse.

He will then address the Kirk’s annual gathering the following day.

The Rev Ian Galloway, convener of the Kirk’s church and society council, admitted church members are delighted at the news of the Archbishop’s visit.

He said: “Desmond Tutu is a towering figure of the Christian faith who has been an inspiration to people all over the world.

“In the dark years of apartheid rule in South Africa he was a focus for the hopes and aspirations of his people.

“And he is up there with global Christian figures alongside Martin Luther King.

“It is a great honour for the Church of Scotland that he will visit the General Assembly.”

Archbishop Tutu, 77, was named the first black leader of the Anglican Church in South Africa and was seen as a symbol of the struggle against apartheid.

He also chaired the Truth and Reconciliation Commission trying to help black and white South Africans come to terms with the legacy of apartheid.

And, the Archbishop is also renowned for his selfless campaigns against Aids, homophobia, poverty and racism.

The Rev Bill Hewitt, who takes over the post of Kirk Moderator next week, is due to visit South Africa as part of his official duties during his year in office.

He will meet leaders of the Uniting Presbyterian Church in South Africa which can trace its roots back to the Church of Scotland.

Once in Royal Bank of Scotland City