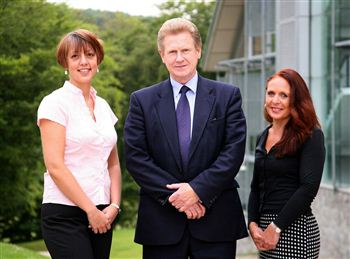 RESEARCH into how Scots police officers cope with the pressures of the job is to be carried out in a unique project.

Boffins at Robert Gordon University in Aberdeen are all set to undertake a two year assignment to find out how cops cope with the exceptional demands of their day-to-day jobs.

The academics from Aberdeen’s Centre for Trauma Research (ACTR) hope to identify factors associated with the ‘wellbeing’ and ‘resilience’ of the officers and their ability to cope under the extreme pressures the job brings.

The £70,000 study will involve serving officers from Grampian Police and Fife Constabulary and follows on from previous research carried out by the university.

The 1993 project, carried out by Professor David Alexander, the director of ACTR, found that police work was a particularly demanding form of employment with its own unique risks and stresses.

Duties such as giving evidence in court and facing armed individuals were found to be the most stressful and demanding.

Police officers from both forces will be encouraged to contribute their experiences through a confidential online questionnaire.

And officers who have gone through distressing incidents last year will also be contacted to participate in a more in-depth exploration of potential trauma-related incidents.

The university hopes the ground-breaking study will provide crucial information to help develop practices which will enhance officers’ resilience and wellbeing.

The Scottish Institute for Policing Research and Robert Gordon University has funded a PhD studentship to carry out the unique two-year study.

Dr Susan Klein, the Centre’s research portfolio manager, said: “The reason the project has been funded is to focus on, and try to help, serving officers who fail to cope with dealing with traumatic episodes.

“Every major police force in the country has problems with their sickness rate, which is mostly down to stress-related problems.

“We will be conducting a comprehensive and confidential questionnaire which will cover a range of topics such as the type of duties officers carry out and experiences they encounter that are of a disturbing nature.

“We will also be interviewing officers who have gone through trauma to get a more in-depth overall view of their problems. There will then be follow-up interviews after 12 months.”

Aberdeen was one of the first cities in the UK to provide specialist care for trauma victims when the Aberdeen Traumatic Stress Clinic was opened following the Piper Alpha disaster in 1988.

The ACTR was then officially opened by kidnap victim Terry Waite CBE in May 2000.

Previous studies by the highly-respected organisation has centered on investigating a variety of aspects relating to the psychological aspects of occupational health in the health professions, the emergency services, and the oil and gas industries.