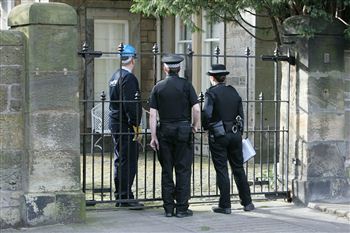 The police probe, made up of five detectives, top-ranking intelligence experts, forensic specialists and a police dog handler took a total of 75 working hours – but still nobody has been caught for the vandalism.

His Mercedes S600 was also targeted in an attack which, while small in scale, was reported worldwide as a symbolic attack on capitalism.

But the police response angered locals in the shamed banker’s home city of Edinburgh, claiming he got too much police attention.
But detectives defended the operation, saying they had to make a full-scale response when a security alarm sounded at Sir Fred’s multi-million pound mansion.

They insisted they would make the same response again, “regardless of the address.”

They said the alarm meant officers could have been racing to a potential threat to his safety. 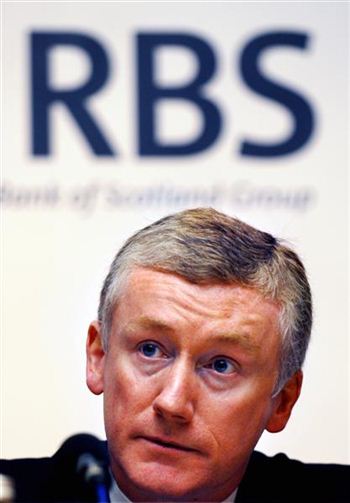 It was only when they arrived at the house in the city’s leafy Grange area that they realised nobody was home.

But the investigation didn’t stop there.

A breakdown of the inquiry released under Freedom of Information laws reveals four uniformed cops spent four hours searching the surrounding streets when the alarm went off at 4.35am.

A police dog handler searched for an hour while two uniformed constables were posted outside Sir Fred’s home for 16 hours.

A sergeant spent an hour supervising the scene while a pair of scene of crime officers examined the Oswald Road address for forensic evidence over two hours.

Two constables then carried out a total of 12 hours of door-to-door inquiries, co-ordinated by a sergeant for two hours.

The vandal attack was assigned to a pair of detective constables who spent a total of 16 hours on their inquiries, while the overall inquiry was managed by a detective inspector from CID for six hours.

A spokesman for Lothian and Borders Police said: “Police were alerted to the activation of a security alarm at a residential property in the Grange on Wednesday, 25 March and officers responded to investigate any potential threat to personal safety.

“When it was confirmed that there was no immediate risk to any individual, the response was scaled down.

“All personal attack alarms or similar alarms calls are treated as a priority, irrespective of the address.

“Calls are responded to according to priority with ongoing crimes or threats to personal safety being given a higher priority than those where a crime has already taken place and the accused is no longer in the vicinity.”

Two e-mails from a group claiming responsibility for the attack had been sent to a local newspaper, branding all bank bosses “criminals” and threatening further action, which is yet to materialise. 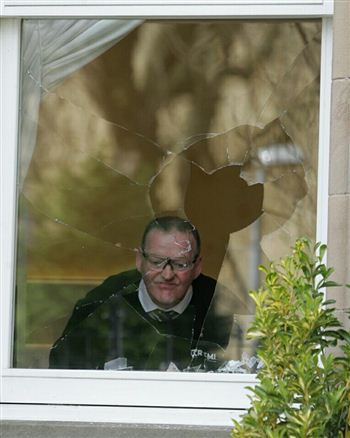 Police continued to mount high-visibility patrols outside Sir Fred’s home for days after the attack.

A fellow vandalism victim in nearby Craigentinny said she did not get an instant response.

Single mum and Standard Life worker Janet Langlands, said officers took eight hours to respond to her call after the windscreen of her Fiat Punto was smashed on 30 March.

When a pair of officers finally arrived to take down her details, they stayed for 15 minutes and never called her back.

On hearing the police response to Sir Fred’s vandalism, the 51-year-old said: “That’s quite a difference with the response I got. Maybe it’s because I didn’t live in a bigger house.”

How Will Fintech Impact Your Business?