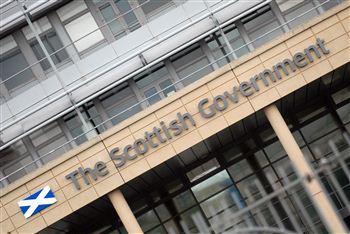 THE SCOTTISH Government has spent more £23 MILLION on temporary staff in the last four years.

The figures, obtained through the Freedom of Information Act, only include agency staff working in the core departments of the Scottish Government suggesting that the overall cost could actually be more.

But despite the high cost, the government insists using temporary agency staff is the best value for money to the taxpayer.

One union is now calling for more permanent staff to be taken on saying that would be the best solution not just for the employees but also the government.

A spokeswoman for the Public and Commercial Services Union said: “PCS believes that the work of the Scottish Government in the main should be carried out by permanent staff.

“The £23 million spent over the past five years on paying agencies to employ hundreds of temporary workers, mostly on low wages, would be more efficiently spent creating permanent posts to carry out the necessary work of government.”

But the Scottish Government has defended their spending, saying that temporary staff were only ever taken on when they had no other option.

A spokesman there said: “There might be a project we were working on which required additional staff.

“Then staff would be employed on a temporary basis as once the project is over there is no longer a need for that member of staff to continue working for us.

“In these situations it is more economical for the organisation to use a recruitment agency to fill these positions.”

They also claimed that agency staff are a cheaper option in these situations as it is an external company that carries out the legwork of employing the individuals.

Efficient use of resources

The spokesman continued: “We are committed to making the most efficient use of resources.

“Using employment agencies to recruit temporary staff to meet varying short term staffing needs – rather than incurring the substantial costs, in both time and money, of recruiting them directly – is one of the ways we can achieve this.”

But in 2008 costs started to rise again, hitting just over £5 million that saw 668 temporary staff members taken on.

Each temporary employee was paid on average £7,782 –reflecting the fact that they are not employed for the whole 12-month period.

But some years individuals have been paid more on average, with the 162 temporary members of staff placed so far in 2009 earning £9,088.39 each in the first three months of the year.