Unique house plots up for auction 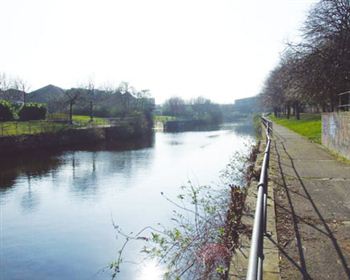 AS the nation’s property market continues to plummet, a seller in Edinburgh might just have come up with the perfect solution for prospective house-hunters.

Several acres of the capital’s Water of Leith riverbed could become a floating estate when an auction begins next week.

Property experts say demand will be high for the 6.5 acres of water, with some hoping the sale could encourage other home-owners to drop anchor permanently in the city.

The sale will hopefully trigger the creation of dozens of floating homes and offices in one of the capital’s most fashionable areas.

Running from Great Junction Street to the heart of the Shore area of Leith, the riverbed is being sold by the company which has owned it for the past 20 years.

A property industry insider said: “I would expect this sale to generate well in excess of £1 million, even in the current climate.

“It’s very likely to appeal to investors because of the huge potential to develop on the water.”

The sellers, Water of Leith 2000, brought the Ocean Mist, a former-Royal Navy steamer, to the area in the mid-80s and has since added three other barges to the area over the past decade.

But it has now decided to put the remaining areas of the riverbed up for sale. 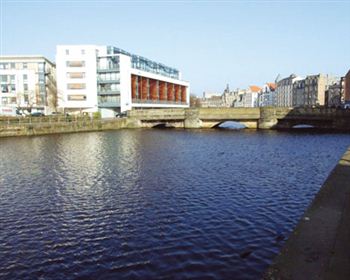 The only problem facing any prospective floating home-owners is that any vessel would have to be transported by land to the banks of the water because the area is sealed off from the dock area by a low-lying bridge.

Shaun Vigers, the director of SVA Property Auctions which is hosting next week’s sale, said: “The most obvious use for someone buying the riverbed is to do something with it, either for houseboats or floating offices, similar to the kind you get in Amsterdam.”

Time is right for sale

Scott Mitchell, of Edinburgh Commercial Property, said: “The current owners have planning permission for three other barges further up from the ones they already have, but there’s nothing to stop anyone else applying to the council for more.

“There are potentially suitable sites for both commercial units and residential boats along the riverbed.

“This kind of thing doesn’t really exist anywhere in Scotland at the moment – you only really see a few houseboats or canal barges.”

Water of Leith 2000 was first formed in the mid-1980s by a consortium of businessmen including Ron Kitchin, the father of Michelin-starred Leith chef Tom, owner of The Kitchen.

Mr Kitchen said: “There is no doubting the potential of this area, and we have shown how the concept can work with the success of boats in the outer basin.

“But we’re all in our sixties now and feel now is the right time to go ahead with the sale.”

The Water of Leith riverbed has been split into three separate lots and the auction will go ahead on May 27.