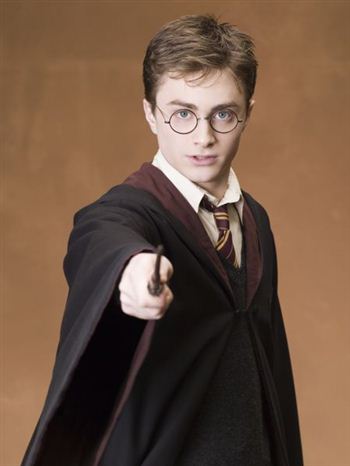 A SCOTS wool firm which supplied the Hogwarts uniforms for Harry Potter films is now selling them to wannabe wizards.

The annual “back to school” battle between stores is sure to be a spellbinding one, with young fans of the JK Rowling books and films begging their parents to kit them out like the School of Witchcraft stars.

Ayrshire’s Lochaven International created 400 jumpers and cardigans for all except the first of the wizard’s movies, including the latest silver-screen flick; Harry Potter and the Half-Blood Prince, to be released in July.

But the company only decided to turn the deal into a magical piece of business when fans of the smash-hit films bombarded them with emails, demanding their own Potter costumes.

And the company’s boss hopes they can take on Asda and Tesco in the school uniforms war by offering exact replicas of the Potter casts outfits.
Owner Keith Murray, 44, said: “I have no idea how it got out, but news spread like wild fire on Harry Potter websites that we made the uniforms and I got tonnes of emails from fanatics asking us to make them widely available.

“It’s gone through the roof since we announced we’ll make as many as the public demands. 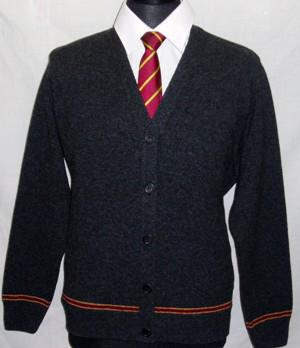 “The Harry Potter phenomenon with us is only days old yet we’ve now had a million hits on our website.

“It’s great to be part of a film that has such deep Scottish roots, and our garments have become recognised as an integral part of Harry Potter.”

Each item has to be individually tailored for actors Daniel Radcliffe, Rupert Grint and Emma Watson, as well as the hundreds of extras who play the school’s pupils.

Lochaven’s 22 workers finished their last batch in December and are making plans to begin another batch for the final Potter showdown, due for release in 2010.

Keith revealed that just a few months ago the credit crunch almost forced the company to the wall until “the last bank we could find saved us.”

Now he and business partners Colin Leishman and Mark Davidson are having the last laugh, as the attention has landed them deals across the globe, from California to Japan.

He said: “Considering the textile industry is meant to be doomed, we’re bucking the trend.

“I thought the company was too far gone but I saw the potential to expand, and it’s been solid ever since. 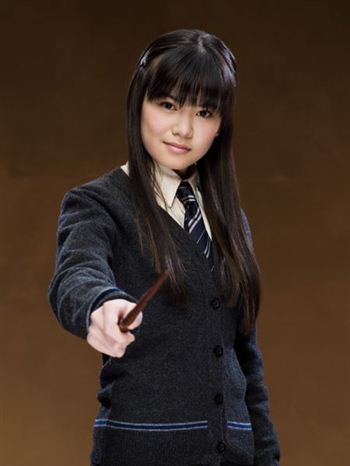 “The Warner Brothers deal is just one of many; in fact I’m choc-a-block with orders to the point where we’re at full capacity with the machines working 24 hours.

“The preppy school look is absolutely massive in Japan and we’re stocked in over 100 stores in Tokyo.

“Rather than sold as a uniform, it’s seen as high-end fashion, which of course it is because we use the best lambs wool you can get.

“The Japanese just love the Scottishness of it, right down to the detail in the label which has the colours of the Saltire flag.”

To keep up with the changing sizes of the Harry Potter film cast as they grow through the series, the movies’ wardrobe department sends the jumpers used in the previous film back to Lochaven.

Each garment even has the cast members’ names on the label and precise instructions on the changes in size required for the new jumper for the next film.

Mr Murray added: “It is a complex task, but our workforce represents the best skills in the Scots textile industry.”

The firm started as a charity around the time of the Second World War and became Lochaven in 2003, producing bulk orders of knitwear.

Lochaven also has another claim to fame.

Mr Murray explained: “We made the Burberry dog coat in the film How To Lose A Guy In Ten Days – it was the first ever made, and the start of our own film career.”