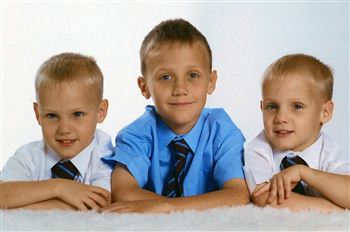 A SCOTS toddler has been scarred for life after being attacked by a dog in his own front garden.

Five-year-old Andrew Osborne was playing with his twin brother Matthew and his older sibling Jamie, eight, when the animal jumped into their garden and mauled the youngster.

Devastated dad Craig, 37, is demanding the stray dog be put down when it is found and has revealed the blonde-haired tot will be scarred for life following the sickening attack in Easthouses, Dalkeith, Midlothian, on Tuesday around 4.30pm.

Andrew underwent emergency facial surgery at Edinburgh’s Sick Kids Hospital on Tuesday evening, and will have to endure another operation today (Thurs 21/05) to repair the damage to the right side of his face.

Craig and Barbara Osborne, 35, spent the whole of Tuesday night clutching their son’s hand as he recovered from his plastic surgery ordeal.

Police have described the dog as being small, black, approximately one foot tall, and wearing a green or blue collar.

Mr Osborne, a mechanic with Peter Vardy, said: “I was at work at the time, but what I gather is that the three kids were playing in the front garden when the dog jumped the fence and without provocation began jumping up and biting Andrew.

“Jamie, my eldest son, went running into the house to tell my wife and when she came out she found Andrew covered in blood and screaming his head off.

“She called for the ambulance and he was rushed into the Sick Kids for treatment.

“It looks like he will be scarred for life because the bites to his face have left very deep cuts in his cheek.” 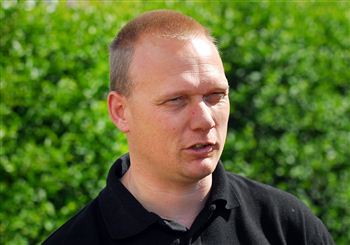 Little Andrew only began talking to his worried parents yesterday morning as the shock of the attack began to wear off.

He bravely told dad Craig how the dog jumped into the garden and began attacking him for no apparent reason.

Now, the angry dad-of-three is demanding the dog be put down as soon as it is found.

He said: “This shouldn’t be allowed to happen again, so when the dog is found I want it destroyed.

“I don’t want any other family to go through what we are going through.

“Andrew’s twin Matthew has just clammed up and won’t say a word about what happened, and Jamie is blaming himself for everything.

“He feels because he was the older brother he should have been taking care of the other two. But, we’ve tried to reassure him none of this was his fault.” 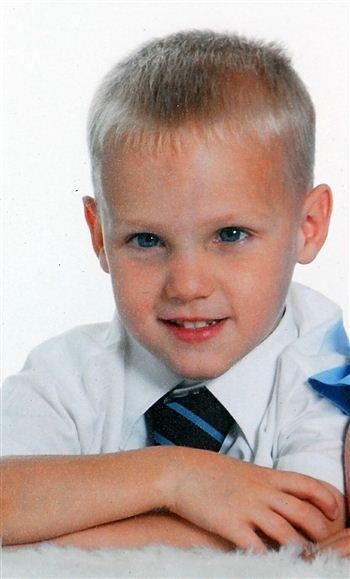 Andrew and his two brothers are pupils at St David’s Primary School, Dalkeith, and the twins’ teacher, Mrs Patricia Morgan, has sent her best wishes to the family.

Mrs Morgan said: “We were all shocked and upset to hear what happened to Andrew and the whole school wishes him well and we hope he will be back at school soon.”

Lothian and Borders Police are asking that any persons who may have witnessed the attack or may have information that would assist in tracing the dog and its owners, contact their local police station.