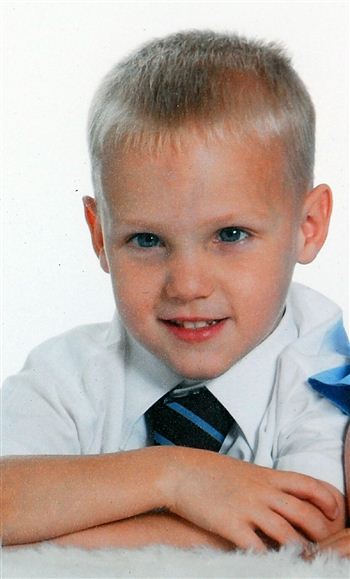 THE FIVE-YEAR-OLD boy who was scarred for life after being attacked by a pet dog last week has required over 30 stitches to repair the damage, it has been revealed.

Little Andrew Osborne was playing with his twin brother Matthew and his older sibling Jamie just yards from his front door when he was mauled by the passing dog, in Easthouses, Dalkeith, Midlothian last Tuesday.

The youngster underwent two emergency facial operations last week and is due back at Edinburgh’s Sick Kids hospital for another today (Tues).

Distraught mum Barbara has revealed the sickening attack left Andrew with four deep cuts to his cheek, nose and lip that required 34 stitches.

But the dog’s owner has admitted the attack was “totally out of character” for her pet, and that she is “deeply upset” over the incident.

The seven-year-old Border terrier called Pip was put down 24 hours after the assault. 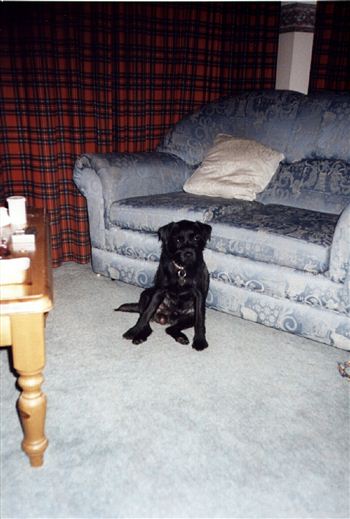 Andrew’s mum Barbara, 35, has revealed she is still angry over the incident.

She said: “It’s still too early to really talk about it because Andrew has to go back into hospital for another operation tomorrow.

“The attack caused four separate wounds and he has needed 34 stitches in his face.

“Most of the work has been done and it’s all about infection control just now.

“The dog’s owner has spoken to the local paper and I’m not too happy about that. She hasn’t even been round to see how Andrew is.

“I don’t know who she is, and the way I’m feeling just now I’m glad that’s the case.

“His injuries were really bad, but the doctors have been magnificent and hopefully the scarring won’t be too noticeable.

“But, that said, friends and family have been really shocked when they saw him for the first time.”

The owner of the dog, who wishes to remain anonymous, has spoken of her anguish and shock after being informed by police that her dog was to blame for the attack.

The grandmother-of-six said: “I couldn’t believe it when the police arrived on my doorstep late on Tuesday night. They asked to see Pip and when I brought him out he just lay on his back wanting his tummy tickled.

“It is so out of character for him and he’s never done anything like this before. I’ve got pictures of him playing with my grandkids – I really thought he would never harm anyone, never mind a child.

“I’ve been wanting to go and see the family to tell them how sorry I am, but I was advised by the police not to.

Andrew and his two brothers are pupils at St David’s Primary School, Dalkeith, and the twins’ teacher sent her best wishes to the family.

Mrs Patricia Morgan said: “We were all shocked and upset to hear what happened to Andrew and the whole school wishes him well and we hope he will be back at school soon.”