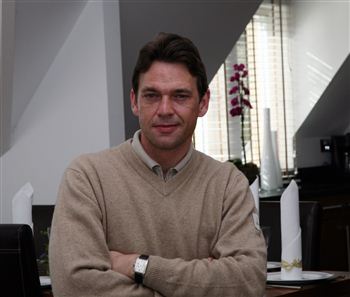 Hollywood heartthrob Dougray Scott has revealed that his tough council estate upbringing in Fife prepared him for his blockbuster career.

The Desperate Housewives star said he began getting into fights and drinking heavily at just 15, before getting into acting school.

Scott, 43, said: “Fights were a daily occurrence but I thought nothing of it at the time.

“Some people around where I grew up got into drugs – I liked a drink and a fight like everyone else, but after a while I realised I had to get the hell out.

“When I went to the careers officer at school and told him I wanted to be an actor he just laughed at me – he’d already laid out my options: dock worker, electrician, plumber, soldier or sailor.

“He thought I was mad wanting to act.”

Scott also revealed that some of the characters from his past aren’t too different from the ones he finds himself playing.

His latest flick – “New Town Killers” – is an action thriller set in Edinburgh, and sees him play a psychopathic banker who hunts down the Capital’s destitute underclass for sport. 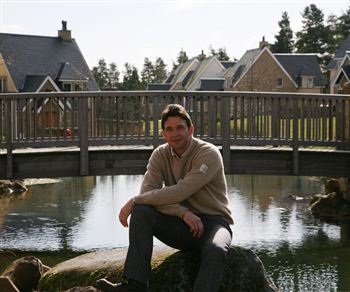 He said: “Over the years I’ve met people like my character, Alistair – nasty, violent, horrible guys – totally detached from what we might call the moral centre.”

In an interview, the Glenrothes-born actor also said he thinks that years of drinking and playing pool every day prepared him for spanking Tom Cruise on the velvet – landing him his first major role in “Mission Impossible II”.

He said: “I played Cruise at pool in his house and although he is very good, I won as I played a lot of pool growing up.

“It was what you did – drinking and playing pool in the pubs.

“I should have been doing other things, but there was little else to do, but at least I got that film role out of it.”

And Scott believes that spending his youth in Fife might have prepared him better than others for the dangerous world of Hollywood stunts and action sequences.

“I learned to ride a motorbike for “Mission Impossible II” but obviously not that well because I fell off, broke four ribs, punctured a lung, busted my shoulder and put this massive multimillion-dollar production back.

“But I was back on set after five days because I’m from Fife and I’m hard.”