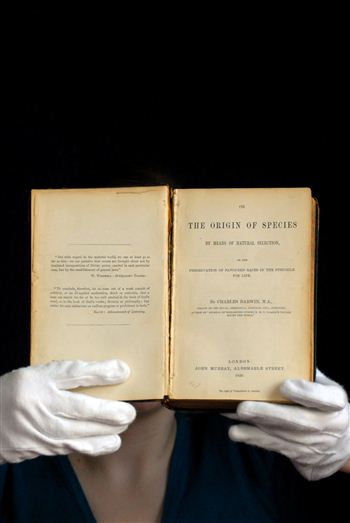 A RARE first edition of Charles Darwin’s greatest work The Origin of Species is to go under the hammer at an Edinburgh auction house this week.

Valued between £10,000 and £15,000 the stunning tome has been described as “one of the most important books ever published” and will be sold by auctioneers Lyon and Turnbull on June 5.

Darwin died on the 19th April 1882, aged 73, at his home Down House, Kent. In recognition of the celebrated scientist’s pre-eminence, he was one of only five 19th-century UK non-royal personages to be honoured by a state funeral and is buried in Westminster Abbey.