From the Bahamas with love – 007 Sir Sean phones home

A JAMES Bond fan was left shaken and stirred after Sir Sean Connery gave him a surprise phone call – while he was out. 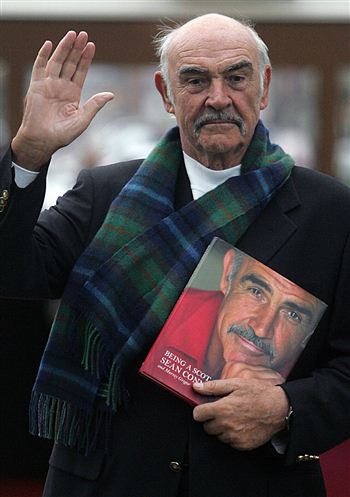 The 007 screen legend rang the Scots film fanatic to help him win a competition.

But unlike the super-smooth spy he played on screen, Sir Sean’s call came three months late, forcing him into a bumbling apology.

The ex-Bond star’s sluggish response meant Alastair Donoghue, 39, missed out on the chance of a £20,000 prize.

Mr Donoghue, who lives just yards from where his hero was born, was left kicking himself after missing Sir Sean’s call and had to make do with an answerphone message.

He had sent a tartan tie to the 78-year-old’s home in the Bahamas in March, asking for his help with a radio phone-in offering £20,000 to the listener who got the best celebrity to call the show.

Mr Donoghue had forgotten about it until last Sunday, when – three months late – an unmistakable Scottish accent returned his call.

The recording said: “Hello this is Sean Connery calling. 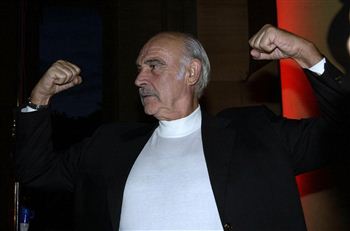 “Your stuff arrived but I don’t know when because there is no scheduling with the times of the mail here and I just got back and it was here.

“There is no way to regulate this, so sorry the date and time has expired, but they just pile up and now it’s pot luck if it comes on time or not.

“Anyway, thank you for the inquiry. I don’t quite know what to do with the tie because I already have mine. Anyway, bye just now.”

Mr Donoghue was “gutted” to have missed the call – because he was gardening at the time.

He said: “I’m not even that keen on gardening – I can’t believe I missed out on a chance to talk to Sean Connery because I was out in the garden.

“At first I thought it was my brother winding me up, but it’s too authentic.

“I tried dialling 1471 to call him back but no number had been recorded.

“I was gutted. I’m a big fan of his and it would have been great to talk to him, especially living on Fountainbridge where he grew up.”

He still made it on-air to say Sir Sean had called back, much to the delight of DJ Christian O’Connell on Absolute radio.

Mr Donoghue stood a good chance of winning the jackpot, after the prize went to someone who set up a phone call with Happy Days star Henry Winkler, who played The Fonz.

A spokesperson for Sir Sean confirmed the message had indeed been genuine, and that the James Bond legend called Mr Donoghue back as an “act of kindness” to apologise for missing the deadline.

Scots woman sheds four stone and moves to the Bahamas