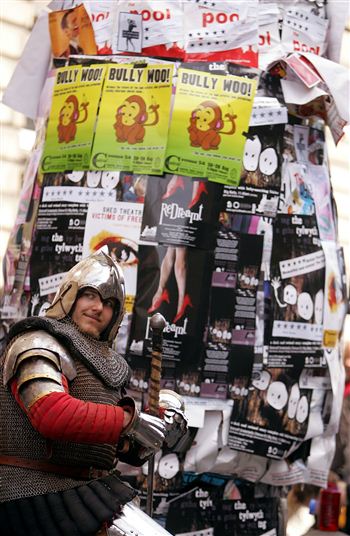 Tomek Borkowy, a leading festival venue manager for 18 years, has accused Fringe bosses of keeping sponsorship money to themselves and demanded a dramatic reshuffle of the world famous festival’s board.

In an explosive open letter to the Edinburgh Festival Fringe Society, Borkowy announced he is to put on a post-mortem type debate after this year’s Fringe.

He hopes performers, ticket-buyers, businesses and MSPs will discuss “What’s the Fringe Worth,” in a bid to prevent to turn around falling ticket sales.

And he compared Fringe organisers to the bankers blamed for the global recession.

He said: “Circumstances over the past years have given many of us cause for concern – in particular, a lack of leadership in providing guidance to Fringe office staff, a lack of openness and sincerity in dealing with other Fringe Festival stakeholders and total misjudgement of the time frame needed to introduce a new box office system, culminating in last year’s Box Office disaster.
“This has led to a significant drop of confidence in the Edinburgh Festival Fringe amongst participants and the ticket buying public, especially after an independent review held the Board of Directors responsible.

“This has resulted in enormous hardship and fear of losing business among many professional independent venue producers.

“I believe it is time to instigate a wide public discussion of the role of the Society and of all other stakeholders in the Edinburgh Festival Fringe. 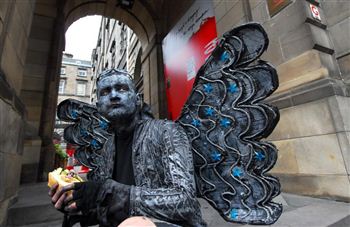 “I am afraid that the enormous complacency shown by the City, national authorities and Fringe Society has put the whole Fringe in grave danger of mirroring the thinking of the creators and governors of the banking system, whose idiocy has led to the collapse of the global economy.”

Last year’s ticket sales fell by 10 per-cent, crippled by a series of failures in a new and untested £385,000 box office system.

The shambles saw tickets sent out late and performances oversold.

Borkowy, whose company Universal Arts has been a staple of the Festival for almost two decades, also announced he will stand for election to the Board of Directors at the Fringe AGM.