FORMER boxing champion Ken Buchanan has been hit with a £90 fine after being caught using a mobile while driving. 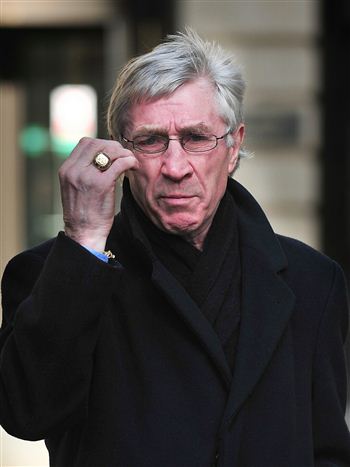 The Edinburgh-born 63-year-old – widely regarded as Britain’s greatest boxer – was spotted by cops on Ferry Road in September last year.

After stopping the former World champion, they also found the car he was driving did not have an MOT certificate.

And at Edinburgh Justice of the Peace Court Buchanan was fined £90 and given three penalty points after admitting the traffic offences.

A not guilty plea to another charge claiming he was not wearing a seat belt at the time was accepted by the Crown.

Fiscal depute Diana MacDonald told the court how Buchanan was driving on Ferry Road at around 1pm on September 3, last year.

Miss MacDonald said: “Police were on routine patrol when they saw Mr Buchanan using a mobile phone when driving.

“A check on the vehicle database showed the car did not have a valid MOT certificate.”

Buchanan’s solicitor, James Stewart, said his client had not realised there was no MOT certificate for the vehicle as it was his father’s car.

Mr Stewart added that Buchanan had been parking the car when he was stopped.

Justice Anthony Hambling said: “The car belonged to your father and it was really his responsibility to ensure it had an MOT.”

He admonished Buchanan – of Leith Walk, Edinburgh – on the MOT charge.