HOME MADE sex tapes of a former Scottish Youth Parliament chairman were handed to police probing allegations he had stolen a laptop from the group. 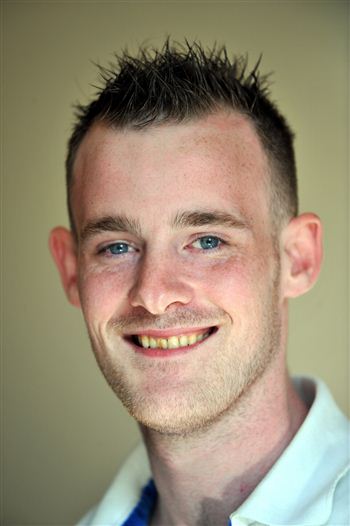 The blue movies showed Kieran Collins, 25, romping with a string of ex-girlfriends and, he said, were handed in by another member of the SYP.

Mr Collins said police investigating the theft allegations examined his own computer equipment after the CD containing his home-made videos was given to officers.

The Edinburgh man has since been charged with stealing a SYP laptop from the organisation’s HQ. He denies the charge and is due to stand trial later this year.

Mr Collins was suspended from the group last October following claims that he and another parliamentmember disturbed guests while staying at a hotel during a two-day SYP conference in South Lanarkshire from September 8, 2008.

The SYP announced Sam Kerr as new chair in February this year after Mr Collins resigned as both an MSYP and as chair of the parliament.

We can reveal that Mr Collins is suspected of taking a computer from the Holyrood group’s headquarters just weeks after the conference scandal – days before the SYP confirmed he was suspended.

It is alleged Mr Collins – a former law student at Edinburgh University – stole the laptop from Rosebery House in Edinburgh’s Haymarket Terrace, the HQ of the SYP on September 29.

But Mr Collins insists he never used SYP equipment to store inappropriate material and invited police to exam his personal computer to rule-out any wrong-doing.

At a hearing at Edinburgh Sheriff Court in March this year he denied a charge of theft and a date was set for trial in August.

Another date was set for an intermediate diet. There are no charges relating to the sex videos and there is no suggestion the material was illegal.

This week Collins said: “The police also said they had these sexual content videos. The police said another member of the SYP had handed them a CD with these videos on them.

“I’m 25 years old, I like to have a bit of fun with girls. The girls are in their 20s and are my girlfriends of the past and are completely innocent.

“But they were not in the SYP laptop – they were in my personal computer.

“There was no sexual content on the SYP laptop.”

Collins said he does not know exactly how many videos were on the CD but insists his personal stash of self-starring smut extended to no more than 10 movies – and said he couldn’t remember where they were all filmed.

He said: “I would imagine they were indoors.

“We are not talking about gimp masks or whips – nothing out of the ordinary. No fetish stuff and nothing of a weird nature – that is not my thing.”

And he insisted the content was “nothing to be ashamed of”.

He said: “The police must still have it – either that or they destroyed it.

“I’m not ashamed, the only thing that is bothering me is that other people have seen videos that were only meant for me.

And Collins added he was shocked that anyone was able to get hold of his personal stash.

He said: “They were all hidden discreetly on my desktop, I have never burned any of them to CDs or DVDs and you would have to search for some time to find them.”

Mr Collins added that the real reason he left the SYP was because he had lost faith in it.

He said: “The reason I left was because I felt the SYP is not effective in representing young people in Scotland.”

The SYP – which will hold its latest meeting in Edinburgh this month – has previously faced high-profile scandals involving its leader.

Former chairman John Houghton – who won Big Brother Celebrity Hijack in 2008 – found himself at the centre of a booze controversy after university pals warned of his drink binges.

Last year the SYP received £250,000 in government funding and runs an 11-strong staff from their offices in Edinburgh.

The group has 150 members aged between 14 and 25 who are elected every two years at ballots held by local authorities.

They run committees to mirror everything that Holyrood does and meets around four times a year to help feed youth opinion into politics.

A keen rugby player, he grew up in the Southhouse area of the capital and studied law at Edinburgh University.

He said his ambition is to work for the Foreign and Commonwealth Office and also does volunteer work with children’s charities.

In 2005 Mr Collins was the Minister of Foreign Affairs on the BBC hit show “How to start your own country” which was presented by Danny Wallace and was aired across the world.

A spokesman for the SYP declined to comment on the reasons why Mr Collins resigned and would not say if the parliament were aware of the theft allegations.