Situated next to the busy Haymarket rail hub, the centre will house almost 500 staff and save almost half a million miles’ worth of driving time a year.

The new headquarters will be one of Tesco’s main offices outside of London, and is expected to drastically reduce congestion, as well as providing a base for the supermarket bank to expand its services.

“Having seen their track record and approach to business, I am absolutely certain that they will be one of the fastest-expanding financial organisations in the country.

“The global economic downturn has seriously affected the Scottish financial sector – however the establishment of this HQ demonstrates the resilience of our financial services industry and reaffirms our reputation as a leading international centre for financial services.”

As well as creating 200 new jobs, the new building has been handed one of the highest environmental awards for commercial property, making the development one of the greenest in Scotland. 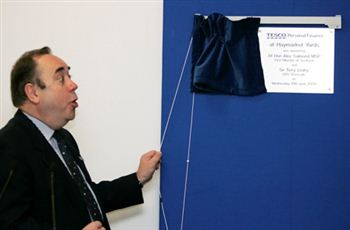 Benny Higgins, chief executive of Tesco personal finance, said: “We have made an important step by committing to expanding our financial services to Scotland.

“Edinburgh is the ideal place from which to move what is already a successful business into the next stage of its development.

“It was also important to us to consider the green credentials of the new property – it is natural that we gave careful consideration to environmental issues when locating our new headquarters.”

However when questioned the move to expand further into the highly-competitive banking sector, a decision widely thought to have brought down the Dunfermline Building Society, Mr Higgins said that he was confident that the supermarket giant could expand safely.

He said: “We’re focused on creating a sustainable business, and working with our loyal customer base.

“I’m not complacent about competition, but I am focused on what we can do, rather than strengths of weaknesses of others.”

Margaret Smith, Liberal Democrat MSP for Edinburgh West, commented on the opening, saying that the move was good news for Edinburgh’s economy. 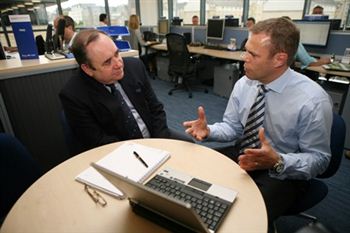 She said: “It is encouraging to see that in this difficult economic climate, not all financial centres are laying off staff – this is a reminder that Edinburgh still retains a skilled financial workforce.

“Ministers must work to make sure that this is the first of many such announcements across Scotland.”

What to do in case you are a victim of fraud

DNA Testing Continues to Grow in Popularity Due to Affordability