Glasgow funnyman gets his own show

A SCOTTISH internet sensation has been commissioned for his own television comedy series after developing an army of online fans. 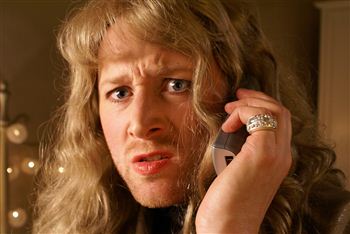 Brian “Limmy” Limond has taken Youtube by storm in the past two years and featured on the BBC in a one-off show earlier this year. He has also been a regular on the Scottish stand-up circuit in recent years.

Now bosses at the Beeb have offered the 34-year-old a six-programme deal for his self-named show, which he is expected to start filming around October.

Limmy’s Show promises a comedy series that combines character pieces, visuals and sketches and is due to be screened at the end of the year.

The Glasgow funnyman announced the series on his blog but revealed he has had to stay tight-lipped to fans.

But following the BBC announcement he said: “I’m really happy about the BBC giving me the series. It was a brilliant opportunity getting just the pilot, and it’s good to know that it made a big enough impression to get me a series.

“I’ve known for a couple of months now that there was a good chance of me getting the series, so I’ve been writing away during that time and I’m almost finished.

“There are lots of new ideas, and some adaptations of my pod-cast – Limmy’s World of Glasgow – and stuff from my website.

“I’m really thankful to the Comedy Unit for working with me to get the series, and to Ewan Angus at the BBC for commissioning it.

“And thankful to the fans, of course, without them passing my web stuff around and coming to my show, there’s no way I’d be in this position.”

The announcement came as BBC Scotland commissioned three new series – Limmy’s Show, Burnistoun and Gary: Tank Commander – which are to be produced by The Comedy Unit over the coming months.

Ewan Angus, Executive Producer for BBC Scotland, said: “This is exciting to be supporting and developing comedy talent from the different worlds of television, internet and stand-up for our audiences in Scotland.”

Burnistoun is written and performed by Robert Florence and Iain Connell featuring sketches based around the residents of a fictional Scottish town named Burnistoun.