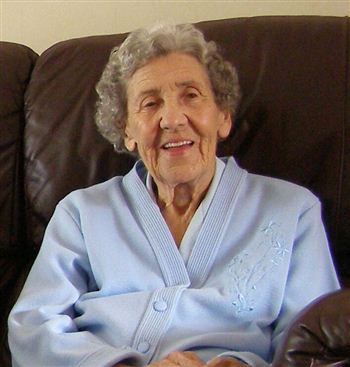 HEARTBROKEN relatives of a Scots pensioner who has been missing for a year admit they now fear she is dead.

Frail 89-year-old Mary Ferns vanished exactly a year ago today (Wednesday) and has never been seen since.

Baffled cops admit they have “run out of ideas” in the search, which included a BBC television appeal.

Mary’s anxious family, who know her as “May,” say they have been on “an emotional rollercoaster” over the past 12 months.

Aside from one CCTV sighting two hours after she last left her Livingston home, a handful of calls to police from the public proved fruitless.

Not one of over 120 possible sightings reported to police has been backed up or proven.
Her husband Bill, 81, prays for her return every week at St Andrew’s Chapel in the Howden area.

He said: “It’s been a long and difficult year for all of us, and no one will be surprised to hear that we are now fearing the worst.

“Although we’re all trying to move on, a part of us is always hoping May will come through the door again, and everything can go on as normal.

“Even if the worst has happened, we need some kind of closure, we need to know what’s happened to May. I am asking anyone with any information that could help us to contact police and let us move on with our lives.” 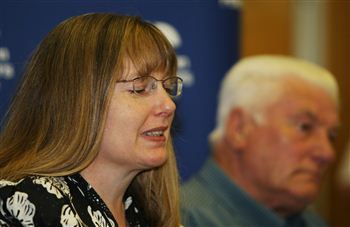 The OAP left her home at 9.30am last year to go to a nearby shopping centre.

But the diabetic had not left home with her medication, which her family fear she needed.

She said: “It’s been incredibly difficult for us but it is absolutely imperative to the family that we get closure. We definitely need her home one way or the other.

“This whole year has been an emotional rollercoaster that you’re desperate to get off but unfortunately there’s no way you can.

“My dad goes to church every week and the priest and congregation have all been so supportive of him and the family.

“They understand our need to know where May is.”

Anne, who works for the Maggie’s Centre cancer charity, said her step-mum’s birthday on March 17 was a tough day to get through.

She said: “On her birthday we would have normally gone to visit her.

“She loved being around the family and is normally the centre of things at the big days like Christmas. Those big days are very hard for everyone.

“I’ve no idea where she might be. Everything goes through your mind; has she visited somebody or has something not so good happened to her.

“You can speculate all sorts of things but until you know for sure, you never get that feeling of closure.”

He said: “I must be honest; we have run out of ideas.

“I’m disappointed both professionally and personally that there’s still no progress in the search a year on.

“You don’t like to say for certain but I’m quite confident we haven’t missed anything.

“Sadly you have to be pragmatic, and I highly doubt someone of that age who needs medication can survive with no help is going to survive.

“However, we will not give up hope of finding May alive and will continue to do all we can to find out what has happened.”