RELATIVES of a father allegedly beaten to death in a street have paid an emotional tribute to the “loving family man”. 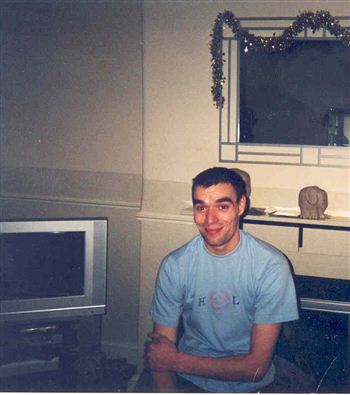 Mark Johnston, 31, died in an incident during the early hours of Sunday morning.

Police say he was rushed to Edinburgh Royal Infirmary following an alleged assault at around 3.45am.

Despite efforts to save him, Mark passed away at around 5pm on Monday night.

Yesterday, his partner Pauline described the loss as “devastating” in a joint statement with Mark’s family.

The statement – issued by Lothian and Borders Police – read: “Mark was the second eldest of four children and his death has been devastating to us all.

“He was a loving father, partner, son, brother and uncle.  Like any young man, Mark loved football, and was a keen fan.

“His loss in such tragic and sudden circumstances has been a shock to us all, but we hold in our hearts the happy memories of such a loving, family man.”

Philip Graham, 19, is charged with attempted murder and breach of the peace. He was remanded in custody after making no plea or declaration.

Paul Graham, 25, is charged with attempted murder and was also held in custody following the brief appearance in private on petition.

Natasha Fell, 21, made no plea or declaration and was granted bail with the special condition that she attends an identification parade.

Police say a murder investigation is now under way and they continue to appeal for witnesses.