A SERIAL con-artist ripped-off the Scottish Conservative Party by over £130,000 after being put in charge of paying EXPENSES. 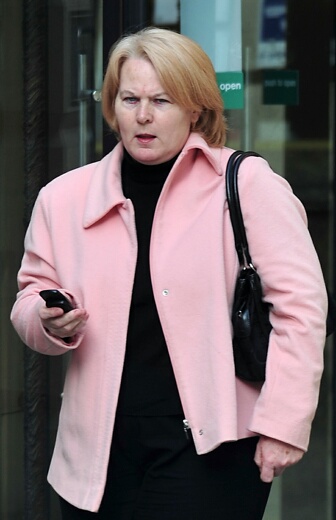 Janet Perrie, 53, embezzled the money while she was working at the political group’s Edinburgh headquarters.

The fraudster – who has two previous convictions for embezzlement – had been given the job of paying out expenses from the party’s cheque book.

But she fiddled stubs and forged signatures of signatories after making out payments to herself over a period of almost two years.

Perrie was not caught until a month after she finished working with the group and it was noticed that cheques did not match up to their stubs.

An audit was arranged and Perrie admitted everything when police interviewed her.

And at Edinburgh Sheriff Court she admitted embezzlement of £131,467.28.

Fiscal depute John Kirk told the court how Perrie had gone to work for the Tories at their Princes Street base in Edinburgh in July 2005.

She had been seconded to the party by Dunalastair Estates as a “donation in kind” who were paying the agency worker’s wages for the Tory party.

“She was however employed by an agency called Crossmatch and it appears that between Crossmatch, Dunalastair Estates and the Conservative and Union Party nobody carried out any background checks on her.”

Mr Kirk said the checks would have shown convictions for embezzlement in 1989 and 1994 and it is unlikely that Perrie would have been given the job.

However she was put in charge of managing accounts as an Accounts Assistant and her duties included paying expenses and preparing cheques to be authorised.

Mr Kirk said: “Her role was to manage various accounts and in particular various expense accounts by preparing cheques and having the appropriate signatories sign them and writing out the stubs.”

But Perrie simply forged the signatures and made cheques out to herself – she covered her tracks by writing fake payments in the cheque book stubs. Over 30 cheques were made to her Abbey National accounts.

It was not until one month after she left that a bank returned one of the cheques and an audit was launched.

Mr Kirk said: “Two cheques were queried in November 2007 and when the cheques came back from the bank it appeared that they were made payable to her.

“As a result an account audit carried out found in excess of 30 cheques where the panel made the cheques out to herself and forged the signatures of the signatories.

“Police were called in and she was interviewed and she admitted to the officers what she had done.”

Mr Kirk said the scam had been a “substantial amount of money over a year and a bit”.

There was no indication whether Perrie has begun to repay the cash.

Sheriff Neil Mackinnon deferred sentence for background reports and Perrie, of Motherwell Road, Bellshill, will return to court next month.

He said: “Obviously I take a serious view of this.”