Teacher struck off for faking reference 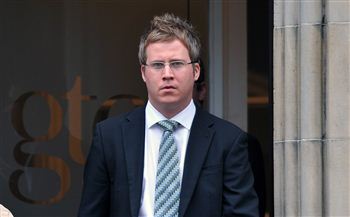 A SCOTS teacher who faked a reference for a new job has been banned from teaching.

Shamed Craig McAllister, 31, from Glasgow, was working as a physics teacher at Hyndland Secondary School in Glasgow when he made up the glowing report.

McAllister claimed he was effectively running the school’s science department, had received positive recommendations from pupils’ parents and was the school’s coordinator for the Duke of Edinburgh Awards Scheme.

McAllister claimed he was forced into the Walter Mitty-style deception because the Head at Hyndland, John Alexander, was “intimidating and aggressive” towards him.

But the inexperienced science teacher, who appeared in person in front of a General Teaching Council Scotland (GTCS) panel yesterday, was struck from the teaching register for his dishonesty.

The shamed teacher’s problems began in April 2007 when he was told he would be surplus to the school’s requirements for the following term at Hyndland Secondary.

With no prospect of another position at another school McAllister took his future into his own hands.

He forged Mr Alexander’s signature and gave himself a string of fake accolades while concocting the headmaster’s report.

The faked report stated McAllister, a full-time teacher for just four years, was running the school’s physics department in the absence of an appointed superior.

He also claimed to have been sent letters from parents congratulating him on his teaching skills.

And the bespectacled teacher also said he had also been appointed the Glasgow school’s coordinator for the respected Duke of Edinburgh Awards Scheme.

‘Singled out’ by headmaster

In his defence, McAllister told the six-man panel he had been forced into the deception because of continual harassment from Mr Alexander, the head-teacher at Hyndland.

He said: “While off work with a viral infection in 2007 I found out I was being made surplus at the school. I was shocked and disillusioned being told this over the phone.

“A new temporary teacher had been appointed and she remained in her post. I found that really strange.

“For a year or two I was being singled out by Mr Alexander. Initially he was affable, but when I suffered an illness his demeanor towards me became intimidating.

“On one occasion he aggressively moved into me and I felt frightened by his aggressive nature.

“I basically began to fear going into work.”

McAllister then admitted the charge of deceiving his potential new employers by compiling the fake reference.

He described his devious actions as “a desperate act by a desperate man”.

The well thought out deceit was uncovered when both school headmasters spoke to each other about the science teacher.

McAllister added: “Things were getting on top of me and I felt he [Mr Alexander] would write a negative report about me.

“My thinking was this report was my only way of getting out of Hyndland.”

In striking McAllister from the teaching register, the panel stated: “In writing the head teacher’s report the respondent had been guilty of a pre-meditated act of deception. The sub-committee took the view that it was not a mistake, but was a deliberate decision, which had deprived other members of the profession potential employment.

“Head teachers and employers must have confidence in written reports and references submitted to them on behalf of applicants. The public must also have confidence that those with responsibility to educate children and young people are trustworthy and have the attributes and qualities to which they have laid claim.

“The sub-committee considered all disposals available to it and by a majority decision decided that removal from the register was the only appropriate disposal in the circumstances.”

Teacher was paid £100K after she resigned