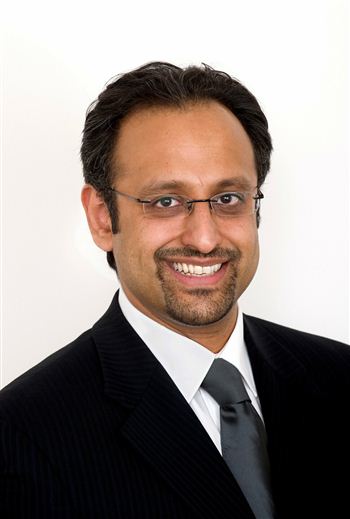 A TOP Scots dentist is helping children affected by the Chernobyl nuclear disaster by offering them free dentistry.

Biju Krishnan, 39, from Edinburgh, is working on the rotting teeth of 25 Belarussian kids in a kind-hearted bid to improve their lives.

The 25 children from the town of Mogilev are in Scotland for four weeks and the free treatment they are receiving is worth thousands of pounds.

The Friends of Chernobyl’s Children organisation have brought the children over for a month’s medical treatment, care and respite with Biju providing the free examinations and treatments.

He said: “How can you not help these children? One of my staff raised awareness of the trip to me and I said I would only be too happy to help.

“How could you refuse?

Not for cosmetic reasons

“Dental care is an essential part of the treatment for raising their quality of life, so we’ll be doing what we can to help – the vast majority of treatment will be checking decay and treating cavities.

“They are not here for teeth to be straightened up or have other cosmetic work carried out.

“The children can have terrible teeth because of the conditions back home – their poor diets, the poor agriculture thanks to the radiation effects – and we have to try and counter that here, but the treatments are the same as any Scottish child with bad teeth.

“This is about doing what we can to ensure these children have healthy teeth and the confidence and other benefits that come from it.” 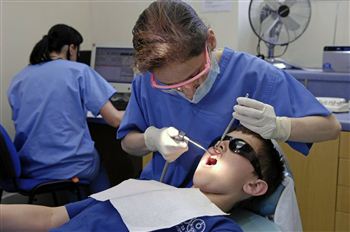 Biju rose to international prominence with the Scottish Dental Implant Centre and has now opened a new practice to concentrate on adopting and developing the most advanced techniques in cosmetic dentistry.

And it is these advanced techniques and knowledge which will be used on the children from the nuclear disaster zone.

Biju’s staff have also rallied round the children by giving up their spare time to help them and buying the children gifts.

Biju added: “The receptionists and staff have all been incredible in helping this work.

“They’ve given up their time selflessly and I’ve been really touched by their efforts. They are truly wonderful.”

One million kids at risk

Mogilev was one of the towns worst hit by the nuclear reactor meltdown on April 26 1986 when 190 tons of highly radioactive waste material was thrown into the atmosphere.

Of the radiation that was released by Chernobyl, over 70 per cent fell on Belarus resulting in almost one million children being at a high risk of contracting cancer or leukaemia.

The average lifespan of those affected by the disaster is just 30 years old.

However, studies have shown that for every month spent out of the area life spans are extended by two years.

At the time of the incident, children in the Chernobyl area received a dose of radiation 40 times above permissible levels.

The number of incidences of thyroid cancer is up 3000 per cent and it is estimated that over the next 15-20 years over 40,000 children in Belarus will contract the disease.