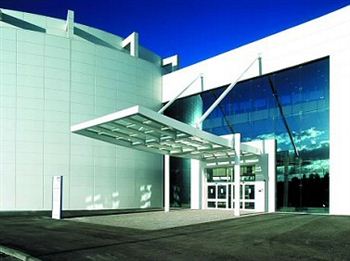 A SCOTTISH hospital has been found wasting thousands of pounds on food wastage.

Around 32,000 portions of leftover sausages, bacon and cakes are being thrown into the rubbish bin every year by staff at Edinburgh’s Royal Infirmary.

Documents revealing the waste have recently been released under the Freedom of Information Act.

And a catering industry expert claims all the wasted food would cost at least £5,000 if bought in bulk.

But, Consort, the company which provides the hospital’s catering facilities have hit back saying the documents are misleading because not all of the food gets binned.

The shocking figures do not include meals being dished out to patients – only the food outlets available to doctors and visitors.

The hospital wastage list often contains over 100 items every day, and the recently released documents show that over a year 6,396 rashers of bacon, 6,916 sausages, 3,224 baked potatoes and 2,028 bowls of soup go to waste.

Margery Hooper, a spokesperson Consort, said that food was inevitably wasted in accordance with health and safety laws, but claimed the wastage documents were misleading.

She said: “It does not all go in the bin. For example, if there were three rashers of bacon left over we might be able to chill them and use them the next day in a quiche.

“If we are satisfied the food is within food safety laws we will use food again in a responsible manner.

“You might say why don’t we donate sandwiches to the homeless, but once they are past their use by date we are liable.”

Councillor Kate McKenzie, Tory spokesperson for health and social care, said: “It is terrible if that much is being thrown away. The hospital should be assessing exactly what they need, but they do not seem to be monitoring what they are doing in their kitchens.

“Why would you cook all that food? It is very careless.”