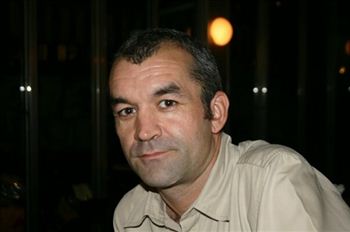 TRIBUTES have been paid to a globetrotting Scot who has died after a fall in Vietnam.

Charlie Gallagher, 39, from Inverkeithing, Fife, is thought to have tripped and fallen while at home in Ho Chi Min City on June 7.

He was rushed to the city’s main hospital but died the following day after failing to regain consciousness.

Mr Gallagher had lived in the city, also known as Saigon, for around four years and had built up a large group of local and ex-pat friends.

His family has paid tribute to the adventurous Scot, while friends have set up a Facebook remembrance page which has been inundated with heartfelt messages.

Mr Gallagher worked with insurance giants Standard Life until 2001 before leaving for the Far East to fulfill his wanderlust.

Mum Anne Gallagher has admitted she has been overwhelmed with the response following the tragedy which has come in the same month Mrs Gallagher lost her husband, and Charlie’s dad, Charles, in an accident in 1973.

Mrs Gallagher said: “Everybody has been brilliant. My house is like a florist’s and there have been so many cards and phone calls – it’s amazing.

“From what we can gather he came home from the pub and fell down an inside stairwell with a low banister from the third floor. A man heard, got the landlady and took him to hospital.

“His friends have been brilliant getting in touch with the British Consulate to move things along.

“He had itchy feet and was not into having a 9-to-5 job, wearing a collar and tie.

“In 2001, he saw a film called The Beach which made him want to go to Thailand. He had a good job here with Standard Life but it wasn’t what he wanted. He gave it all up and went away.

“I didn’t always agree with him going away all those times but I loved him no matter what. He was happy there (in Vietnam) and had a huge circle of friends.”

And even though her son was thousands of miles away Mrs Gallagher said he loved his home comforts such as Tetley teabags and following his beloved Celtic.

“He always kept in touch by phoning and texting, so thank goodness for mobile phones. He also read the local newspapers online to find out what was going on locally.

“I sent him Tetley tea-bags because he didn’t like the tea there, and I even sent a crash helmet once as he liked flying through the city streets on his scooter.

“The scooter was all done up in Celtic colours then done in Scotland colours, which was beautiful.

“He did what he wanted to do and though I didn’t always agree, I think now maybe that was for the best.”

Friends have set up a remembrance Facebook page which has been flooded with tributes from friends and family.

One wrote: “It’s cruel how he always takes the good ones, all the best up there man.”

While another said: “A sad loss to the Scottish community of Saigon. I’m sorry I didn’t get the chance to gloat about Rangers winning the league. I was looking forward to that. RIP Charlie.”

Mr Gallagher’s body is in the process of being flown home and his funeral is expected to be held next Thursday in Inverkeithing.