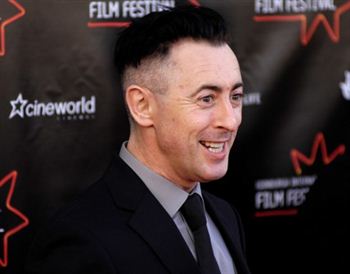 In a bizarre accident, the X-Men actor ripped the top off the bar while “stretching” at hipster drinkery The Bowery.

He explained: “I was hanging on to the edge of the bar with my feet on the bottom and stretching my back out, and the whole top of the bar came away.

“I went for a meeting there the next day with my friend, and I thought, ‘Gosh, did that really happen?'”

But bosses at the nightspot insist that despite the damage, the Scottish screen actor is welcome back any time.

A spokesman said: “Alan was in here partying, but he’s a great customer.”

He was also presented with a knighthood on the Queen’s 2009 Birthday Honours for his services to the arts and his activism on behalf of gay rights.

He has even recently signed to star in a Broadway musical version of Spider-Man.