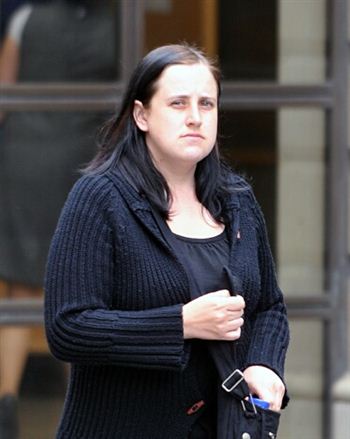 A HOME help stole more than a thousand pounds from OAPs who she was meant to be looking after.

Louise Campbell, 29, raided savings that two elderly women kept at their homes while she was working for a care company who looked after them.

The callous thief was only caught when an 83-year-old woman woke in the early hours to find Campbell rooting through her living room.

But after police were called in she admitted stealing the cash and her other victim came forward.

And yesterday at Edinburgh Sheriff Court she admitted three charges of stealing money, adding up to £1,335.

The court heard how Campbell had been taken on by a company who looked after people unable to care for themselves because of illness or old age.

Campbell was caring for people in their own homes in Loanhead and Gorebridge, Midlothian from 2007.

Fiscal depute Melanie Ward said that Campbell had “unrestricted access” to the homes of the people she had been assigned to care for – including Jean Hodge, 88, and Margaret Hardie, 83.

Campbell began pinching cash from their homes and, although both women raised concerns with family members, she was not arrested before leaving the company in July 2008.

But on September 3 Ms Hardie woke in the middle of the night and found Campbell in her living room.

Campbell begged her not to call the police and returned a stolen key to Ms Hardie, as well as five pounds she had stolen that night.

Miss Ward said: “Ms Hardie got up at around 1.30am and her habit is to check the house. She got into the living room and discovered that the lights were on and the front door was open.

“She discovered the accused in her living room.

“Ms Hardie noticed that her purse had been moved and Campbell came back and handed her five pounds that she had taken from the purse. The police were called.”

During an interview with cops Campbell also admitted taking another £250 from the pensioner while she was looking after her.

Ms Hodge’s family said that although she housebound due to mobility problems she was “mentally as sharp as a tack” and had noticed money going missing soon after Campbell began caring for her.

Matters came to a head when her daughter came to do shopping for her elderly mother and she was unable to pay for it.

Miss Ward said: “Her daughter thought this was odd as she has no way of spending money and always had ample to cover costs.”

A search of her home revealed the missing money and Campbell later admitted what she had taken after being caught red handed.

Campbell told police she had originally stolen £200 from a plastic bag but had continued to take £50 or £60 pounds a week over the course of almost four months.

Sheriff William Holligan deferred sentence for background reports and Campbell will return to court next month.

Campbell, of Baleyknowe Crescent, Gorebridge, Midlothian, had her bail continued.

Fury as woman severely disabled by cerebral palsy has care cut from 22.5 hours a day to just nine.