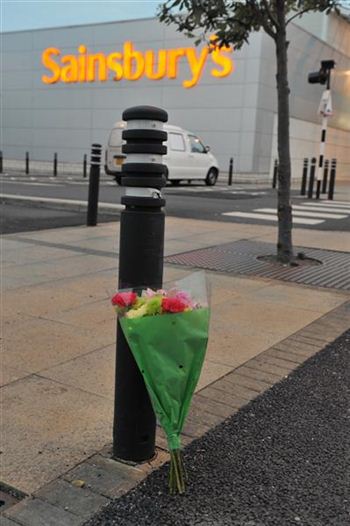 POLICE have named a woman knocked down and killed outside a busy superstore in Edinburgh.

Jacqueline Monteith, 41, was hit by a car outside a Sainsbury‘s store at Straiton Retail Park on Tuesday afternoon.

She was carrying a three year-old girl when they were hit by a blue Citroen Picasso backing into a disabled parking bay.

Both the woman and child were trapped under the car and fire fighters had to free them by lifting the vehicle with giant airbags.

Despite the best efforts of medics, Mrs Monteith died of her injuries at the scene, while the girl was taken to the city’s Sick Kids’ hospital.

The little girl was last night (Wednesday) said to be in a stable and healthy condition.

It is not known whether she has been told that Jacqueline is dead.

A Lothian and Borders Police spokesman appealed for anyone who saw what happened to come forward.

They added: “This was a tragic incident, and our thoughts are with the woman’s family at this difficult time.”