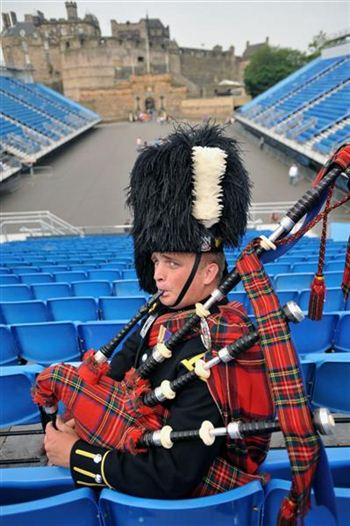 Organisers are promising the show will be the “best ever” in its 60 year history.

Accordion player Blair Douglas, a living legend in Scots traditional music for his role in forming Runrig, has been commissioned by Tattoo bosses to compose the centrepiece to the world-famous event.

And it was announced yesterday (Wednesday) that the massive pipe-band production will be going down-under to Australia to play in Sydney’s huge football stadium in February.

Major new additions to the programme were unveiled yesterday to mark the show’s 60th anniversary.
As well as the Skye-based Douglas’ new composition, the government has put £58,000 towards new Highland dance routines and a short film for the Tattoo’s lucrative official DVD.

The dance will attempt to tell the story within Robert Burns’ celebrated poem, Tam O’Shanter.

And piper Gary Mowbray of the Brit Award-winning Royal Scots Dragoon Guards is also lined up to perform a brand new bagpipe composition.

The show, in front of 9,000 spectators, involves 1,000 performers, including Tongan musicians, an all-male Canadian choir and the Indian Navy.

He said: “Funding a couple of new tunes will make this year’s Tattoo extra special. 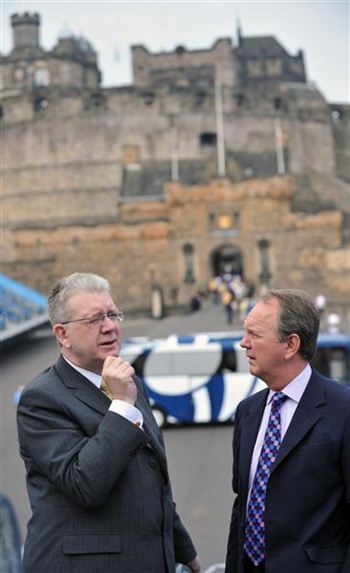 “It’s important that pipe tunes are modernised and composers are encouraged to keep the Tattoo fresh.

“And taking it overseas is an imaginative use of the funding which I’m sure will go down a treat in Australia. I’m very much looking forward to being in the audience.”

It will be the first time since 2005 that the Tattoo, which takes place on the castle esplanade from August 7 – 29, has returned to Australia.

The show’s producer, Major General Euan Loudon, said: “It could well prove to be one of the very best ever Edinburgh Military Tattoos ever staged.

“The idea of asking the dance crew to come up with a completely new dance that tells the story of Tam O’Shanter is a pretty big ask, but I’m sure it will be something special.

“And the Scots Dragoon Guards are at the centre of the global stage having brought home a Brit Award for their CD.

“To have them coming home from their station in Germany will be like a homecoming concert for them, which is very apt in the year of Homecoming.”

Dennis the Menace gets his marching orders