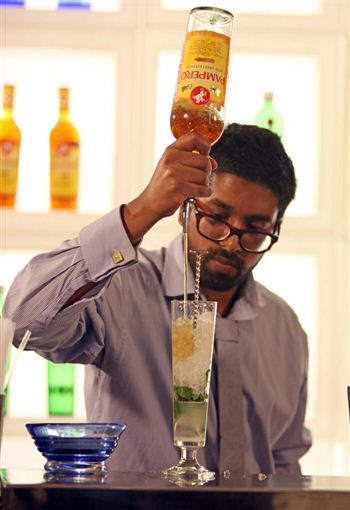 A SCOTS barman has been crowned the best cocktail maker and shaker in the UK.

Ryan Chetiyawardana wowed celebrity judge Marco Pierre White to beat contenders from around the country with his exceptional tipple, the Three Storm Flip.

Now the Bramble Bar star will represent the UK competing against the world’s finest bartenders from Japan, Dubai and South America.

A tense final at Kent House in London’s Knightsbridge saw 15 bartenders whittled down to the final two.

Ryan went head-to-head with Andreas Tsanos from Zuma in London to battle it out for the grand prize.

Top chef Mr Pierre White said: “What I wanted to see was someone who could engage me, give me something I’d never had before and that was exactly what Ryan did.
“He was phenomenal – not only with his drinks but also with his knowledge and personality behind the bar and fully deserved the title.”

“I’ve been totally blown away by the skill of the bartenders in this final.

“To make a great drink takes a lot of hard work, a lot of understanding; it’s not just about putting alcohol into a shaker.” 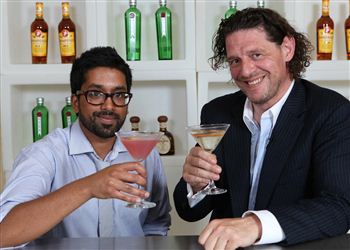 Ryan will now go on to compete in the prestigious World Class Global Final later this month.

The global winner will go on to have their definitive book of cocktails published by Diageo and be the face of a global campaign to raise the profile of the industry, themselves and their bar.