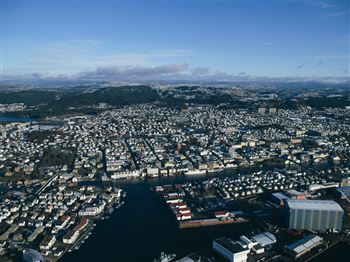 SCOTS women are being offered the chance of cut-price ‘boob-jobs’ in Norway.

The Scandinavian country – known for its attractive peaks – is to cash in on a new, cheap air link from Edinburgh.

Cosmetic surgery procedures such as nose jobs, face lifts and liposuction are also on offer in clinics situated in the stunning, fjord-filled country.

And Scots couples desperate for kids are also being offered the chance of cut price ‘medical tours’ for IVF treatment.

The Scandinavians carry out double the numbers of procedures than here in the UK.

And the launch of a cheap air link from Edinburgh yesterday means broody Brits could sign-up for the 10-day treatment double quick.

But it is the appeal of cheap cosmetic surgery which is expected to have Scots flocking to the home of the Vikings.

Dr Kjell Gunnar Gunderson said: “We are very happy to offer these types of procedures to Scottish women because we know how much it can affect people’s lives.

“On offer will be many treatments such as eye-lifts, face-lifts and nose reconstruction – as well as breast enlargement and, of course, reduction procedures.

“In some clinics we will also offer reconstruction surgery for patients who have been involved in situations such as accidents.”

And would-be Scots parents having problems starting a family are also being enticed across the North Sea for treatment.

Acclaimed gynaecologist and reproductive endocrinologist Dr Jon Wegner Hausken, said: “In Norway we do twice as much IVF treatment per head of population as here in the UK so we thought about offering the service to couples in Britain.

“It turned out to be a good move because the waiting lists in Britain are very long for this kind of treatment.

“This is because the procedures, such as blood tests, can take months to carry out and before you know it two years have passed by.

“In Norway, we do all this very quickly – the whole procedure at my clinic only takes around 10 days.”

Treatments are up to 50 per cent cheaper

The medical connection between the two countries was announced at a presentation at the Norwegian Consulate in Edinburgh yesterday.

Private medical practices in Norway hope to lure Scots to the land of the Vikings claiming medical treatments are up to 50 per cent cheaper than in Britain. 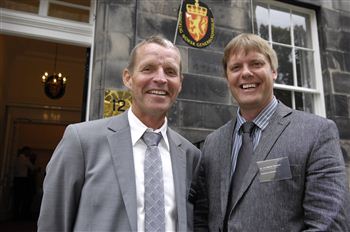 Scanhealth Scandinavia – made up from a partnership of three health care providers in the Haugesund region – has already treated hundreds of Brits from the London area.

And they believe the route will now offer Scots the chance to access the low cost treatment.

Services offered by the Norwegians include low-cost orthopedic procedures, IVF treatment and general eye operations such as cataract removal.

Breast enhancement operations will also be on offer from leading surgeons.

Dr Gunderson, an eminent Norwegian eye surgeon, said: “The opening of the Stanstead flights has been very successful and we are expecting the Edinburgh route to open up our services to Scots too.

“The costs are so much lower in Norway because of the social democratic way of governing our country. We, as medical staff, are paid much less than our counterparts in Britain so much more money goes into the services we provide meaning we can pass that reduction on to our paying patients.

“And because we operate smaller medical units than Britain we can tailor-make our services and have much less bureaucratic wastage.

“Since we were allowed to offer our private services to state patients within Norway the waiting lists in our country have been cut to almost zero in just five years.

“We are looking forward to treating more Scots who can also combine the trip with a holiday in our beautiful country.”

“Our British colleagues have been forced to use too many antibiotics over a long time and our system has been more restricted in that respect.

“And the smaller the medical unit, the less chance there is of infection.”

Brits looking for IVF treatment in Norway have also proved popular with over 100 couples travelling over to its clinics last year.

Scots medical tourists can travel with the new Ryanair’s weekly route from Edinburgh to Haugesund which is now open.