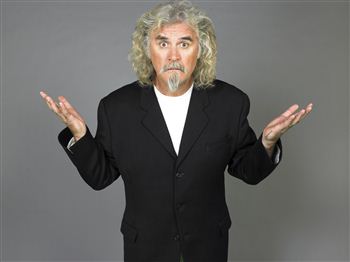 City of Edinburgh Council, which owns the venue, had been working overnight to try and get the system up and running again after it failed on Monday.

But despite assurances all would be well yesterday, they were only able to fix half of it, and only phone bookings were being accepted.

Online sales were unavailable as even an alternative link failed, leaving fans to scrabble over the phone lines as they tried to secure tickets for the show.

And because the council-owned venue is being refurbished, no-one could pick them up in person either.

Emergency supplies were rushed to music store Ripping Records on the Bridges to try and get sales moving.

But the Edinburgh gigs were the only ones not to sell out on the first day.

Connolly is due to play four nights in September at the venue as part of his Scottish tour that includes Glasgow, Aberdeen, Perth and Dundee.

The Usher Hall is undergoing the final stages of a revamp and opens to the public next month for the first time since 2005. With no counter for customers to visit, the system malfunction had a huge knock-on effect.

The website message read: “Please bear with us, we are still working towards fixing our technical problems.

“We will be able to accept telephone calls today but unfortunately we will be unable to offer online sales.

“We apologise for this reduced service and the inconvenience it will cause.”

But despite tickets still being available touts already had them listed on eBay even before lines opened.

Bids were as high as £63 per ticket – double the £30 face value – with demand expected to soar when the sold out signs go up.

To try and ease the congestion on the phone lines the box office is extending it’s opening hours and two additional outlets are selling the tickets.

Some just found out by chance.

Owen McFarland, 47, was passing in his taxi when he saw the queue building outside Ripping Records and stopped to see what it was for.

He said: “I thought it might be T in the Park tickets but I knew that Ripping had had a few tickets for Billy Connolly on Monday so I thought I’d come in and see.

“This has been terrible. My sister heard on Radio Forth at noon on Monday that some were for sale at Ripping but by the time she had come down they were sold out.

“The phones have been engaged since Monday morning and with the website down it’s been so hard to get some.

“I’m not happy that I’ve had to pay a booking fee here – if I’d got them straight from the Usher Hall I wouldn’t have had to pay that.

“We were all ready to buy them on Monday but couldn’t. Now we’ll be stuck up the back in the upper circle because everything else has gone.

“I’m not saying we’d have got anything better on Monday but I would’ve liked the chance to try.

“There seems to be absolutely no organisation with them. I know the fault is beyond their control but they should’ve done something like this earlier.

“I’m just happy to have the tickets now after what has been a two day battle to get our hands on them.

“It’s worth it for Billy Connolly though.”

“The problem has now been identified as being a computer hardware fault. Once this fault has been rectified, we will resume online sales through the Usher Hall website.

“In the meantime, Billy Connolly tickets are available via the box office telephone number and our Usher Hall staff are working flat out to take bookings.

“We will be staffing the phone lines from 9am until 6pm and tickets can also be purchased from Ripping Records and Tickets Scotland. There is also a link to www.tickets-scotland.com via the Usher Hall’s website.”