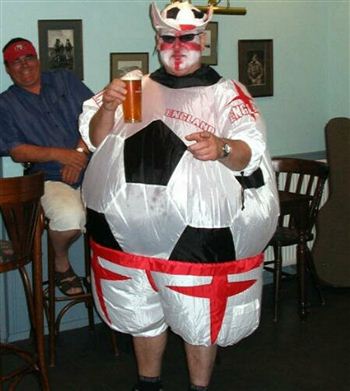 A REMOTE Scots island community has been ripped apart after a pub quiz row about what Old Mrs Hubbard kept in her cupboard.

The islander’s bickering over a bone has led Colonsay’s only pub to cancel its long-running quiz night – usually the social highlight of the week on the tiny Hebridean island.

The trouble erupted last Thursday when one team of quizzers lost by a single point after their answer of bones was ruled wrong.

Local shop assistant Keir Johnston refused to accept the official decision and started up an island-wide petition asking people to sign up if they thought the legendary nursery rhyme character did indeed keep bones in her cupboard.

But furious quizmaster Angus MacPhee then retorted by putting up posters in the hotel bar and general store announcing the cancellation of the popular quiz night.

Mr Johnston, 24, said: “This has all been blown out of proportion and it should have been laughed off at the time, but Mr MacPhee has just gone over the top.

“The quiz night is the busiest and best night on the island and I think the hotel will rue their decision to cancel the quiz.

“It all blew up last Thursday when myself and my friend were going for seven quizzes in a row. We were leading by a point when the question about what Old Mrs Hubbard kept in her cupboard came up.

“We all agreed she kept dog bones in the cupboard and were stunned to be told that answer was wrong and that she kept nothing in her cupboard.

“We were a bit annoyed about it at the time because it meant the quiz went to a tie-break which we eventually lost, but we soon forgot about it.

“I told my boss about it the following day and he, jokingly, made up a mock petition and started asking customers who came into the shop what they thought the correct answer was.

“It was just a joke really, but Mr MacPhee, the hotel’s bar manager and quiz master, took it to heart and got really angry about it thinking we were having a pop at the him and the hotel.

“The next thing we know he’s in here putting up posters announcing the cancellation of the quiz night.

“His reaction is just so over the top.”

The Colonsay Hotel has been running the quiz night for over 20 years and is said to be the establishment’s busiest night of the week attracting up to 200 keen quizzers.

But quiz master Angus MacPhee, 60, is adamant he made the correct decision on the night and the losing team should have acted with more decorum.

He said: “I couldn’t believe it when I heard there was a petition going about the island asking what the correct answer is.

“It costs us a small fortune to download our questions and answers from the internet, so it’s not as if we are just making them up ourselves.

“I was raging about the petition so decided to play them at their own game and put up my own notice cancelling the whole event and informing them in no uncertain manner that they could organise it themselves if that was their attitude.

“They only began to question the answer because that particular team was going for seven in a row – I just think they are bad sportsmen.”

Islanders have now vowed to descend, as usual, on the hotel for the weekly quiz night tonight (Thurs) in the hope the management will relent on their decision.