A MANAGING director who tried to use secrets about his friend’s marriage in a bid to force him to hand over cash has escaped a jail sentence. 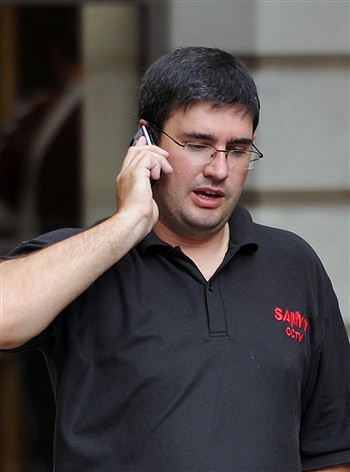 Mr McEwan had asked Troup to snoop on his wife over suspicions he had about his marriage and Troup investigated his home computer and mobile telephones.

But after the operation Troup began to pester Mr McEwan for money.

And when Mr McEwan ignored his request for cash, Troup suggested he would reveal ‘sensitive’ details about his marriage.

Mr McEwan helped snare Troup with a secretly recorded conversation which he handed over to cops.

And at Edinburgh Sheriff Court Troup was ordered to complete 240 hours of community service for what social workers described as “petty and vengeful behaviour”.

The father-of-two had earlier admitted breach of the peace between August and October 2007. The charge was reduced from one of extortion.

The court heard how Mr McEwan and his wife employed the cleaning company Troup used to run with his wife to maintain the premises of their own business.

The two couples became close friends over the course of a few months, with Troup even being described as McEwan’s ‘confidant’.

And in 2007, McEwan asked for Troup’s help with ‘suspicions’ about his marriage which involved Troup exploring his friend’s home computer and mobile telephones.

The issue was resolved by Troup – who now runs a CCTV business – but the pair grew distant shortly afterwards.

And McEwan heard nothing from his friend until months later in August 2007 – when he and the staff at his company began to receive emails from him demanding money.

Troup originally asked for £800, but as time went by his demands were lessened to £350.

Procurator Fiscal John Kirk told the court: “At first he was asking for assistance, but as the number of emails progressed the tenor of them started to suggest that the previous delicate matter that had been resolved might be revealed.

“The complainer was becoming alarmed and upset, particularly in regard to his position in his firm and respect among others.

McEwan decided he had to put a stop to the emails, so he visited Troup at his Livingston home – recording their conversation on a dictaphone.

Mr Kirk told the court that it appeared that Troup was demanding money for a third party who may have assisted him in the earlier sensitive matter.

But the issue could not be settled, and eventually Mr McEwan decided to report Troup to the police.

Cops seized Troup’s computer, finding the source of many of the emails, and on interviewing him, he admitted he had sent some of the messages.

Defence agent Robert More said: “The accused had become somewhat of a confidant to the complainer and he was asked to look into fairly sensitive matters relating to his marital life and suspicions.

“This involved exploring and investigating the computer and the mobile telephones of the complainer and his wife.”

He added that his client had felt aggrieved when he helped his friend out, and Mr McEwan “washed his hands of him”, especially as he had incurred costs.

Mr More said: “My client accepts the manner in which the grievance manifested itself was over zealous and completely unacceptable.”

He added that a background report by social workers had described the offence as “petty and vengeful behaviour”.

Sentencing Sheriff Nigel Morrison QC said because the charge had been reduced he was able to impose a non-custodial sentence.

Sheriff Morrison said: “It is an unusual case, you pled guilty to an amended charge of breach of the peace, given that I don’t intend to send you to prison.”

Troup, of Murieston Valley, Livingston, was ordered to complete 240 hours of unpaid work within a year.