The Great Whisky Debate: To mix or not to mix 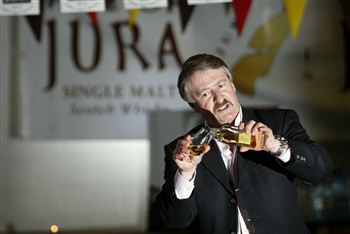 TWO of Scotland’s greatest drinks experts are to go head-to-head tonight (Thurs) in a showdown to discover whether whisky should be mixed.

Widely considered as the world’s best whisky blender, Richard Paterson will be pulling no punches in his battle against Colin Field, head barman at the Ritz Paris and arguably the planet’s best cocktail mixer.

Purists such as Paterson, master blender at the Isle of Jura distillery, believe Scotland’s national drink should not even be drunk with ice, but cocktail king Field advocates using mixers to add a “splash of imagination” to the whisky experience.

Representing polar opposites in the argument over how good Scots malt should be enjoyed, the two men are primed and ready for what looks set to become an historic battle.

The much-anticipated debate will be broadcast on the Isle of Jura website at 7pm tonight.(Thurs)

Mr Paterson said: “This is the moment we’ve been waiting for. For years I’ve been forced to stand by and watch as barroom dandies sully the world’s greatest drink with a range of inappropriate mixers and sacrilegious frills, but enough is enough.

“Whisky is something that should be appreciated in the pure, God-given form that its distillers intended, and now I’m going to prove that once and for all.” 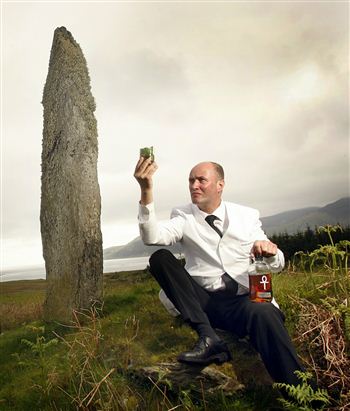 But Mr Field, who was recently called “The World’s Greatest Bartender” by the respected Forbes magazine, said: “Single malt is a drink for anybody, anywhere, anyhow.

“The purists can complain about it as much as they like, but with the right mixers and a splash of imagination, it can be conjured into a world-beating taste experience that will knock the spots off anything the whisky snobs might offer.

“Their time is over, and I’m going to show the world how a new generation of drinkers takes theirs.”

Set against the stunning backdrop of Jura’s spectacular scenery the fierce struggle is being billed as the whisky world’s answer to Ali vs Foreman.

Whisky connoisseurs can watch the debate live at http://www.isleofjura.com/ on 15/07/09 at 7pm.

To watch the trailer for the debate visit: http://www.youtube.com/watch?v=iwg9gSpqoy4.