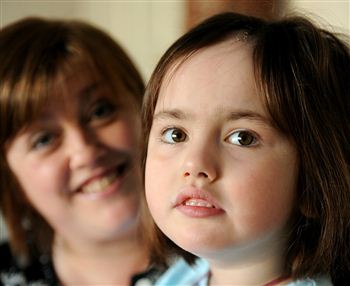 A SIX-YEAR-OLD Scots girl who had a quarter of her brain removed in a bid to stop her suffering from as many as 20 crippling epileptic seizures each day has been told by doctors she has been cured.

Initially world-famous neurosurgeon William Harkness feared there was still some epileptic activity left in the back of Millie’s brain despite the arduous, seven-hour operation.

The toddler’s condition was so severe she spent most of her in a wheelchair and had very little speech.

But this week Millie’s family was told the breakthrough news that she is now free from the seizures that have blighted her young life.

Millie was allowed home from hospital earlier this week after spending the last four weeks in Edinburgh’s Sick Kids Hospital when a shunt in her brain became infected.

Now, after her eighth operation since January, the courageous schoolgirl has been given the all-clear.

Delighted mum Kelly, 38, from Dunfermline, Fife, admits she is now looking forward to having a fun future with her daughter.

She said: “This year has been so up and down for us. Firstly, there was the huge operation down in London, which was a great success. But there have been so many complications since then it has been hard to think we would ever get to this stage.

“Millie has been so brave – she is neither up nor down with it all. It’s myself and her dad that have been going through the mill.

“About four weeks ago I noticed she was vomiting badly and I knew that was a symptom of the shunt being infected.

“We rushed her in to hospital and were told the infection was so bad she could have died within days if it had not been treated in time.

“This particular infection sticks to plastic, and because the shunt is made of plastic it had to be replaced immediately.

“The operations were a success and the doctors have told us as she hasn’t had a fit this year her epilepsy has been cured.

“And since we’ve got home earlier this week I’ve noticed a huge difference in her.

“The last few months Millie has come on so much – her speech and her mobility have improved immeasurably.

“For the first time in ages we as a family are looking forward to having a great future with our daughter.” 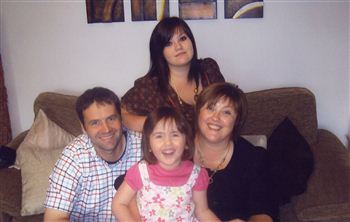 Millie has now endured 13 anaesthetics and eight operations since the turn of the year, and the latest episode even saw mum Kelly move into a room above her daughter’s ward at the hospital to be near her.

The gutsy youngster was again rushed to the Sick Kids four weeks ago suffering from septicemia, ventriculitis and a 40 degree temperature and her parents were forced to make some difficult decisions.

She said: “It was really hard this time because my husband Mark had to continue working and by the time he got to the hospital most nights Millie was asleep. But we just had to carry on the best we could.

“I just couldn’t leave her so I stayed at the hospital for the four weeks. I just had to be with her just in case anything happened.

“It did put pressure on us, but we are all the stronger for it.

“Hopefully, we can now put all this behind us and look forward to wonderful future with Millie.”