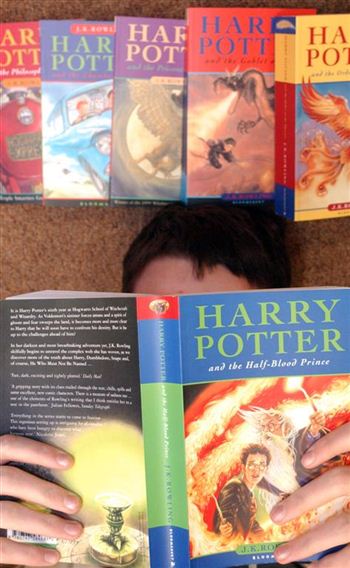 CHILDREN have been banned from watching the long-awaited new Harry Potter film at a Scots cinema – quicker than you can say expelliarmus.

Special adult-only screenings of the Half-Blood Prince blockbuster – which has a 12A certificate – begin today (Friday) after film fans complained that kids were too noisy.

They said younger fans could ruin the magic of the silver screen by talking to their friends or forgetting to turn their mobile phones off.

Now all under-18s will be turned away if they want to join adults at the Vue cinema in Edinburgh’s Ocean Terminal.

Cinema boss Mark de Quervain defended the idea saying he was confident it would prove popular with fans.
He said: “The majority of our screening for Harry Potter and the Half-Blood Prince will be open to everyone.

“We’re just adding the extra choice of a few screenings only for grown ups, who want to escape the world of Hogwarts interruption-free.”

The idea has been backed by Ruth Sicely, 23, manager of the capital’s Elephant House café, where JK Rowling famously sat and penned her first Potter novel.

She said: “I’ve read all the books and think it’s a good idea to have an adult-only screening.

“Adults enjoy the films just as much as kids do.

“I think I’ll go along and see it myself, and I’d certainly be tempted to go to one of the adult-only screenings.”

The move comes after “grown up” covers for JK Rowling’s popular children’s books were previously introduced and out-sold the junior editions.

It is not known what Edinburgh-based Potter author Rowling makes of the move, although she was said to have approved the idea of releasing different covers on her books for different age groups.

Potter publishers Bloomsbury launched the lucrative marketing ploy of adult editions ahead of the fifth novel, “Order of the Phoenix” in 2003.

They said older people were embarrassed at being seen reading a book with a childish cover and brought out alternative covers for the first time.

Initially only 15 per cent of Waterstone’s pre-orders were for the adult version, but adult edition sales rocketed to 60 per-cent for the final book.