KT Tunstall announces only summer date – on a pig farm 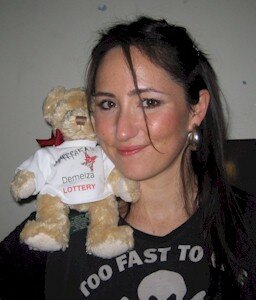 SCOTS pop princess KT Tunstall has just unveiled her only summer festival appearance this year – on a PIG farm.

KT will play hits such as Suddenly I See at the ‘Harvest at Jimmy’s’ festival to be held on the Suffolk farm where the popular BBC2 show Jimmy’s Farm is filmed.

Tunstall is all set to perform a semi-acoustic set which will see her play her chart hits alongside new material from her forthcoming album.

Tickets for the September festival are still available with kids under 12 being admitted free.

Festival goers will also be invited to get up close and personal with a whole range of the farm’s inhabitants including pigs, sheep, cattle, goats and peacocks.

Jimmy said: “This is a very special festival which we hope will be the first of many, and to have some of the country’s finest chefs like James Martin, Gennaro Contaldo and Jamie Oliver’s Fifteen cooking for us will be a real treat and will showcase our locally sourced food at its best.”

The popular BBC2 documentary followed Essex boy Jimmy Doherty realise his dream as he set up his own pig farm in Suffolk despite having no previous farming experience.

Doherty is currently filming another series, Global Farm, for the BBC in which he visits Australia and Brazil along with a one-off documentary, Field to Plate, which looks at the food import industry.

KT’s latest project is as part of the latest Rhythms del Mundo album, ‘Classics’ which has been produced to raise awareness and funds for climate crisis projects and natural disaster relief.

The sublime talent of Cuba’s finest musicians together with the unmistakable vocals of artists including KT, Amy Winehouse, The Killers, Jack Johnson, The Rolling Stones and the Kaiser Chiefs results in a unique album merging Afro-Cuban rhythms with some of the most memorable songs of the last 40 years.