ONE of the world’s most famous social networking sites is being brought to life on stage.

Facebook: The Musical opens at the Edinburgh Fringe Festival next month taking its inspiration from real life relationships forged – and broken – over the web.

The producers describe the show as “a very modern romance” where five characters experience almost every emotion through Facebook.

After setting up a fictional character on the site and then seeing how far other users would go to get to know them, Matthew Graham knew he had the plot for a musical.

He created a profile for a fictional Talulah Kingsley in February 2008 as a bit of fun and was shocked by the reaction of strangers to this mysterious beauty.

Using an application called Owned – where Facebook users ‘buy’ and ‘sell’ pictures of themselves for fake money – Matthew noticed that women’s pictures always went for more.

He said: “So I decided to create Talulah Kingsley, a hot young secretary from the south who was into voyeurism, wild adventures and meeting fun people.

“As the days went by increasing numbers of messages flowed in. They got flirtier and dirtier with more suggestions of what the guys and girls wanted to see.”

But Matthew got in too deep and when a friend of his started actively pursuing Talulah he knew he had to do something to end it.

He said: “It was a tragic day when Talulah fell from a cliff top whilst abseiling for charity in the hot sunshine 200ft above the sea, falling to her immediate death.

“A friend announced on Talulah’s Facebook wall that she had sadly passed away.

“Talulah’s death simply had to be the end of the cyberspace relationship between her and the many people who considered her a friend.” 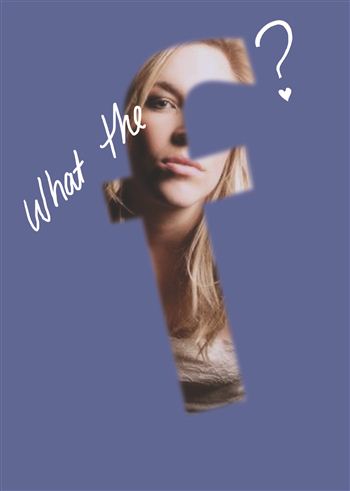 Anthony Stephen Springall took inspiration from this story when he decided that he wanted to write a musical based on the social networking site.

But although the idea came to him quickly, it took a long time to firm up the plot.

The composer said: “It was 4am in the morning in mid September 2008 when I woke with a sudden shock and shouted ‘Facebook the musical!’

“But it was 6am in the morning when I was sitting up thinking yes, but what is it really going to be about?

“Over the next few weeks I started thinking about it more, I knew I wanted it to be about relationships, the pro’s and con’s of Facebook and the sadness of the fact we don’t talk to our friends face to face or make a phone call anymore, because we can Facebook them.”

But they are keen to point out that everyone will enjoy the show whether they are addicted to the blue and white website or have never touched a computer.

The London-based team have already tried out the musical in the capital and have had rave reviews.

One audience member said: “It was a brilliant job. I would compare it to something like RENT meets Jerry Springer The Opera.”

The young company includes the composer Anthony Springall who is starting to make a name for himself in the industry with his original musicals including Young At War.

The cast is made up of newcomers to the profession, many having just graduated from music schools across the country.

They include Catherine Millsom, Peter Gentry, and Alasdair James McLaughlin.

The show will be performed at C venues in Chambers Street, Edinburgh, from August 5 to 31.