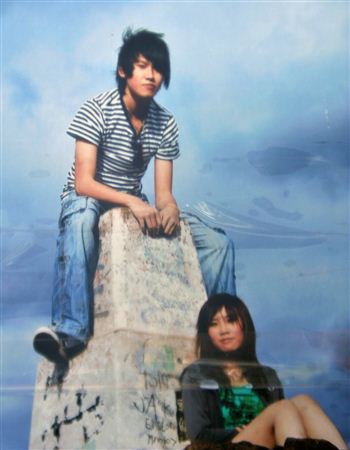 A PROMISING teenage student has lost her fight for life just days after her beloved boyfriend was killed in the same horror car smash.

Emily Chan, 18, was a passenger in her boyfriend’s car when it left the road during a thunder storm and smashed head-on into a tree on Edinburgh’s Frogston Road West on Tuesday night at around 9.45pm.

The devoted couple were rushed to Edinburgh’s Royal Infirmary but the driver of the blue Mazda, Zak Ji Chan, 18, died in hospital just a couple of hours after arriving.

The talented student had just begun her second year at Heriot Watt University studying fashion at the School of Textiles and Design in Galashiels.

Mr Chan, known to his friends as Jack, was studying Information and Technology at Edinburgh’s Napier University and was hoping to transfer to the Borders-based university to be nearer his sweetheart.

And just hours after Mr Chan passed away in the early hours of Wednesday morning his family were seen setting up a makeshift shrine which included photographs, teddy bears and family mementoes at the crash scene.

Matthew Chan, 22, Jack Chan’s brother paid tribute to the couple who “loved each other so much”.

He said: “As a family we cannot believe what has happened.

“Jack was such a careful driver. He met Emily only a few months ago but the two of them were totally besotted with each other.

“They loved each other so much.”

He added: “My mum and dad are just devastated and keep asking me ‘why him?’ – but I don’t have an answer for them. 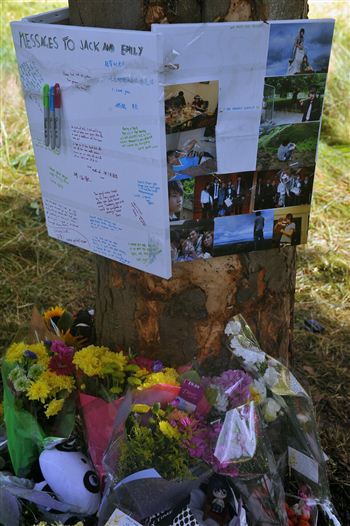 “They were only going to a friend’s house nearby.

“I think the awful weather conditions might have had a part to play.

The accident happened after torrential rain accompanied by thunder and lightning struck the area, which is prone to flooding.

Police said the accident happened close to Mounthooley Loan where Emily is thought to have lived with her devastated parents.

A police spokesman said: “We are appealing for anyone who was in the Fairmilehead area on Tuesday night, and witnessed the collision, or who saw the blue Mazda being driven in the area before the collision took place, to contact police immediately.

“Anyone else who has any information that can assist our enquiries should also get in touch.”