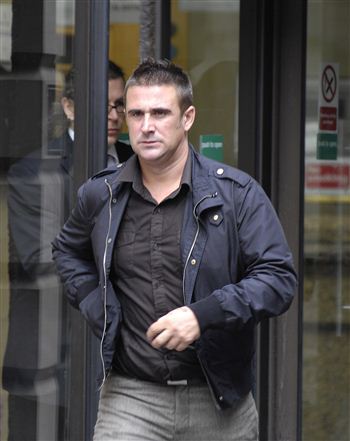 A NURSING assistant at a secure clinic for sex offenders stole hundreds of pounds from the perverts during day trips to Edinburgh.

James Collins, 35, was looking after the offenders from the Glenbrook facility in Corstorphine, Edinburgh and was asked to withdraw money from their bank accounts.

But Collins – who was suspended and sacked over the thefts – took double the amount they needed and pocketed half.

Fiscal depute Tom Crosbie told the court that Boyle stole the cash on three days in August last year to pay off debts.

Mr Crosbie said: “He was withdrawing money on behalf of people in his care and keeping it for himself.”

Mr Roy said: “He was a nursing assistant at a secure residential facility where all the residents are registered sex offenders and there was practice of taking them on day trips.

“On occasions they would assist them to withdraw money. Mr Collins would withdraw too much money and keep half.

“It came to light in regards to the last charge when a colleague became suspicious.”

Mr Roy said Collins was almost immediately suspended by the clinic and was sacked in January. Mr Roy added that his client had been suffering financial difficulties at the time.

He said: “When he was interviewed by police he became very emotional and was crying, he was in severe debt at the time.”

Sheriff Elizabeth Jarvie QC called for reports and Collins, of Waverley Place, Bathgate, will be sentenced next month.

How to Get Approval for Your Personal Loan for Debt Consolidation

Panic in Asda as shopper announces “paedophile on the loose”