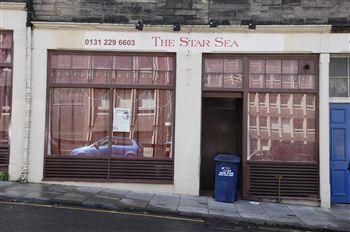 A FILTHY restaurant which served food already gnawed at by mice was forced to shut down by health chiefs – only to re-open again in time for this year’s tourist season.

Inspectors visiting the Star Sea Restaurant in Edinburgh’s busy Lady Lawson Street described the infestation of rodents as “completely out of control”.

Walls were said to have been “coated in mould” while sinks were leaking and backed up with “foul smelling” water.

Most worryingly of all, food being used to prepare meals had “clearly been gnawed at”, according to officials.

City of Edinburgh Council was so concerned about the potential threat to public health that they issued an emergency prohibition notice to stop it trading.

It was enforced against the man named as food operator at the premises, Tony Dong, following the spot check last month.

At Edinburgh Sheriff Court yesterday, a sheriff said the council had acted appropriately in having the premises shut down on June 6.

But it emerged that the restaurant had since been allowed to re-open – on June 19 –  but was now being closely monitored by health officials.

A council statement issued yesterday said: “This inspection uncovered evidence of a mouse infestation which was completely out of control and food being used to prepare meals which had been clearly gnawed by the rodents.

“The hand washing facilities were inadequate, sinks were leaking and backing up with foul smelling water and several areas of wall were coated in mould.

“The Sheriff granted the application on behalf of Council Environmental Health Officers confirming that they had acted correctly in issuing a Hygiene Emergency Prohibition Notice, on the basis that the condition of the premises posed an imminent risk to health.

“A Hygiene Emergency Prohibition Notice has the effect of immediately closing a food business and is only served when there is an imminent risk to the health of people consuming food which has handled, prepared, processed or stored on the premises.“

It added: “The premises were subsequently allowed to reopen on 19 June, when it was determined that the risk to health no longer existed as conditions had improved.

“The premises continue to be subject to regular visits to ensure continued improvement to full compliance with food safety regulations.”

Speaking from his restaurant yesterday, Mr Dong said he accepted completely why the council had to act, blaming a lack of fans for the mould in the windowless kitchen and poor cleaning from staff at the time for a build up of mice droppings on the floor.

But he insisted said they had worked hard to put things right ever since.

“We had a mice problem too, but the man from the pest control came and that has been sorted, and we are speaking to the council.

“The inspector is a really nice man, and he has been really helpful with advice which I follow. Business is good and we have no complaints from customers.”

Yesterday’s court action was to ensure that the council had acted properly and not subject to any legal claim for compensation for closing down the eaterie.

Councillor Robert Aldridge, Environment Leader, said it was important that restaurant bosses knew the council would act when necessary.

He said: “Residents and visitors to Edinburgh are entitled to expect the highest standards of food hygiene when they eat in the city and it’s important for them to have confidence that they can eat out safely.

“Thanks to the vigilance and hard work shown by our Community Safety staff in bringing about this emergency notice, we can send out a clear message to all food business operators that they must adhere to food hygiene requirements or face the consequences.”

“Officers will continue to work with the business to ensure good standards are maintained.”

The enforcement action comes as city councillors are involved in a bitter stand-off with bin collectors who are working to rule across the city, causing rubbish to pile up in the streets outside homes and businesses until outside contractors drafted in can clear the backlog.