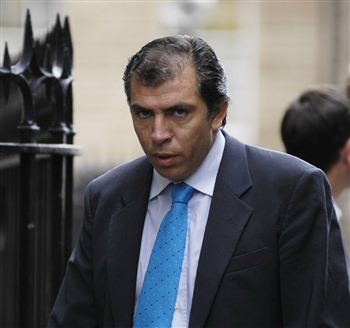 The Italian businessman, who only sold his shares in the West Lothian club last week, has moved out of his plush flat in the exclusive New Town area of Edinburgh.

Mr Massone was paying a whopping rent of £1950 per month for the three-floor Georgian townhouse.

He also had to shell out the added expense of a monthly council tax bill and a £140 parking permit for the up-market area.

A source confirmed the furnished house was, until very recently, rented by the former football chairman.

He said: “Massone used to live at the house in St Bernard’s Crescent while he was in charge of Livingston, but didn’t use it that often.

“I heard he would fly into Scotland every weekend and stay there, but during the week he still lived in Italy.

Yesterday, unopened mail for Mr Massone, an Italian football agent and lawyer, was seen lying behind the heavy front door.

The ground floor of the luxury home contains a small kitchen and a stunningly-decorated dining room, while the first floor has a large living room and a the first bedroom.

The top floor is home to the large master bedroom, and a further bedroom which has been converted into an office space.

There were no personal items belonging to Mr Massone on show as workmen completed some plastering and decorating work on the top floor. 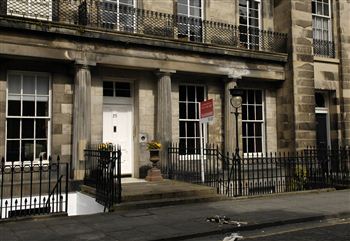 “An impressive staircase links the various levels and the property comes with access to the private, residents’ garden to the front and a patio with external cellar storage. Garage available.

The swish property has been on the market for the last two weeks and is available for viewing through estate agent D.J. Alexander.

Massone first became known to Scottish football fans when he was named as the agent who brokered Shunsuke Nakamura’s £1.4 million move to Parkhead from Italian club Reggina in 2005.

His dream of buying Livingston Football Club in an audacious bid to showcase Italian and continental players came to an abrupt end last week when he sold his 76 per cent share in the ailing club for £50,000.

Massone headed a takeover of the club from Pearse Flynn last summer but was not able to overcome his long-standing and deep financial problems.

Support among the club’s fans dwindled several months ago and he was urged to leave from people within the West Lothian club.

After selling his share in the club Mr Massone said: “I am really happy I was involved in Livingston. It was, from my point of view, a fantastic experience.

“At the end of the day, I had the opportunity to understand a different culture, a different business. At the correct time, I will come back here with other projects.”