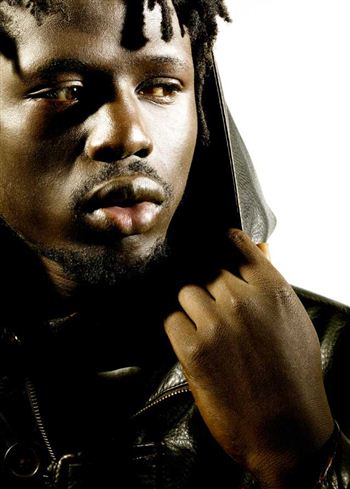 A REFORMED child soldier who witnessed the brutal slaughter of thousands of Sudanese civilians is to perform gospel rap next week at the Edinburgh Festival.

Emmanuel Jal was eight when his family were told he was being taken to school in Ethiopia – instead he was tortured, beaten and starved by the Sudan People’s Liberation Army.

After Jal was trained to use a machete and an AK-47 assault rifle he was plunged into a sea of violence in which 1.9million people died.

But Jal –now a successful rapper and practising Christian who will perform at the capital’s Book Festival on August 15 – says he misses the violence because he became immersed in it.He said: “You have seen so much suffering, and then you find yourself in a peaceful place – part of you almost misses it.

“When you’re from a war-torn country, violence is addictive – and it is fun too.

“Otherwise how can you explain why boxing and wrestling or rugby and American football are so popular? Men dominating men for entertainment is nothing new.’

Jal also says that he witnessed his auntie being raped and learned later that his mother Angelina had been killed – but couldn’t grieve for them because he would be savagely beaten for showing weakness.

He said: “Even the gentlest, calmest of animals can become violent if you attack its family.

“I wanted to kill as many Arabs and Muslims as I could.

“When a child’s mind is developing, it’s influenced by everything it sees and hears.

“Now I know the truth, that the war was nothing to do with religion, just oil, and people in power wanting to manipulate the poor.”

He escaped the army at age 13, but was imprisoned in a desert jail, until a British aid worker rescued him.

Jal says he is still haunted by the past but that his music allow him to focus, and love of cartoons helps him to relax.

‘The past is not gone, but I have laid down guns and machetes forever – music and lyrics are my weapons now.’

Jal has released three rap albums to date and has been the focus of a documentary on child soldiers, War Child, which won the 2008 Tribeca Film Festival Audience Choice Award.

But Jal reckons his transition to rap music comes naturally to someone from his country.

He said: “Music is a painkiller for me. If I spend more than a week without music, I can feel myself getting irritable quickly, and maybe my language will start to change.

“I use the mic to let my frustration out when I perform.’

“Kids always ask me if I saw dead people, or what it feels like to kill a man.

“I am used to that, but what really makes me angry is if someone tries to counsel me or give me therapy. I want to shout at them.

“Music is my therapy – that and the cartoons.”