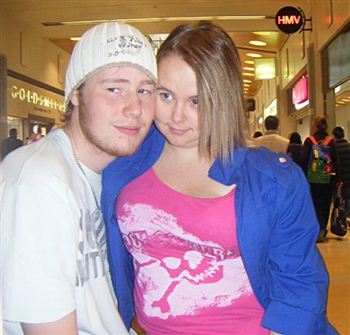 THE family of a teen who rode his bike head-first into a concrete lamppost have been holding vigil by his bedside desperately hoping he recovers.

Willum (CORR Willum) Webster, 18, suffered horrific injuries in the freak accident after losing control of his bike near his home in Restalrig last Thursday evening.

His girlfriend Fallon, mum Davina, and step-dad Kenny, have been at the hospital night and day waiting for any improvement on his condition.

Kenny said: “We’ve been going to see him every day, and his girlfriend Fallon has been there by his bed since it happened.“Some of Willum’s pals have been down to see him as well.”

He said doctors have also been working round the clock to give him the best possible chance of survival.

Kenny said: “They’ve flushed his cranium out to clear any stuff that might have got in there.

“And the doctors did wake him the other day but he was in that much pain that they had to put him back under anaesthetic.

“There’s been a lot of support from the family and everyone in the street has been asking about him.”

The force of the crash was so great that doctors found a piece of bone from his skull in his back but are hopeful that his spine may not have been damaged.

Kenny added: “I’m not sure how long it will take, whether it’s days or weeks.

“It’s going to be a long process, we know that – but we’ll be here for him all the way.”