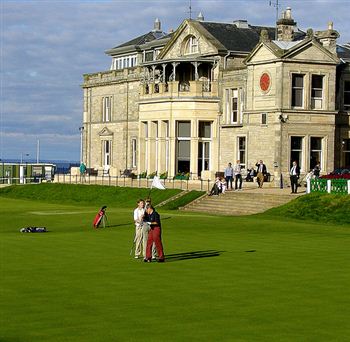 PLANS have been unveiled for a memorial service to pay tribute to one of Scotland’s greatest golfing heroes.

A funeral for John Panton MBE was held last week after the 92 year old former Ryder Cup star passed away at home in Berkshire.

Now it has been revealed a memorial service will be held in John’s home town of Pitlochry at the at the town’s Festival Theatre – just a few hundred yards from his cottage – on Friday September 4 at 1.45pm.

Panton – described as a “true gentleman” – represented Great Britain and Northern Ireland in 1951, 1953 and 1961 Ryder Cups as well as winning the British Match Play Championship in 1956.And the golfing legend – who turned professional in 1935 at the age of just 19 – also played in a remarkable 27 Opens and represented Scotland 12 times in the World Cup.

In his later years Panton became one of the game’s most distinguished ambassadors and even served as Honorary Professional to the Royal and Ancient Golf Club of St Andrews from 1988 to 2006.

He said: “John Panton was a magnificent golfer, a model professional and a true gentleman.

“Although he lived a very full life, it is sad to see him go and our thoughts are very much with his family.”

After handing over the post to Jim Farmer in 2006, Panton spent the rest of his life as an honorary member of the club – in a sport he lived for.

In his later years he moved to Sunningdale, Berkshire, to be near his daughter Cathy – herself an accomplished professional – and joined the golf club there.

Sam Torrance, speaking from the Senior Open Championship in Sunningdale said: “He was a dear friend – I knew him all my golfing life and my thoughts go to Cathy, his daughter.

“He was a wonderful man, a gentleman of the game – he gave a lot of inspiration to Scottish golfers.”

European Tour board of directors chairman, Neil Coles added: “He was a tremendous iron player in his time and a very good senior player.

“He was a very nice man, a quiet man, but very well respected throughout the game.

“I played with John in my first Ryder Cup in 1961 so I have a lot of fond memories of him.

“He won the British Seniors a few times and would have loved to have been at the MasterCard Senior Open Championship this week at Sunningdale.

“He was the last of that generation – he will be sadly missed.”