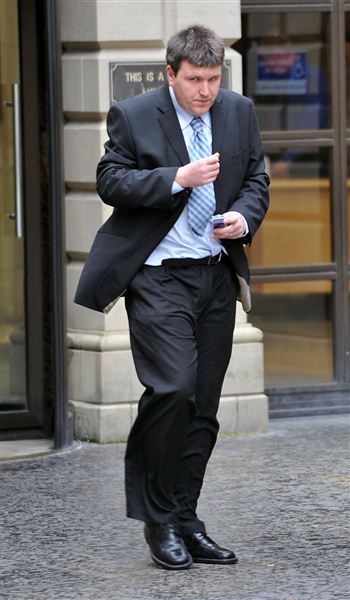 Anthony Clarke, 33, was caught with 23 videos of children being abused after disgusted workers at the repair centre reported him to police.

Officers carried out a forensic search of the machine and discovered several videos at the second highest level on the scale used to measure depravity.

They charged Clarke and yesterday at Edinburgh Sheriff Court he admitted possession of indecent images of children.

Fiscal depute John Kirk told the court how Clarke had given the machine to the shop to have it fixed in November last year.

Mt Kirk said: “The detection came about when Clarke put his computer into a shop for repair.

“Those in the shop realised there were items on the computer that should not be there and informed the police.

“The panel accepted that there were materials on the computer that should not have been there and a forensic examination of the machine was undertaken.”

Mr Kirk said that search had found 23 indecent moving images of children ranging from level one to level four on the Copine scale, used to rate how sick images are.

The examination found one video at both level one and two, eight at level three and 13 at level four.

His bail was continued.