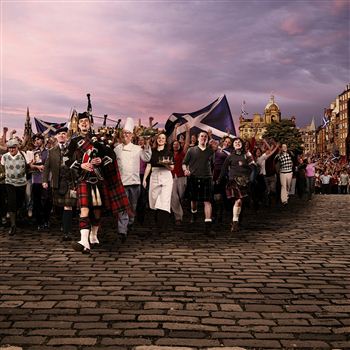 THE original manuscript of Robert Burns’ Auld Lang Syne is expected to fetch up to £50,000 at an auction in Edinburgh next week.

The winning bidder will not keep the document – but remain as its indefinite sponsor at the new Burns museum in Ayrshire.

The auction is the latest move by the National Trust of Scotland to raise money for the completion of the bard’s new home to commemorate the 250th anniversary of his birth.

The ‘sponsor’ will also have their name engraved on a plague next to the world-famous manuscript.The item is valued at £10,000-£15,000 – but experts reckon that with collectors form across the world bidding that it may fetch over £50,000.

Also at the Bonham’s Made in Scotland auction will be a collection of poems and songs by Robert Burns in a McDonald tartan-ware cover – estimated at £300.

Additionally the bible that Burns read during his last illness at Brow-well will be auctioned at Bonham’s on 10 August.

An early 19th century carved stone figure of Robert Burns is also expect to fetch around £800-1,200 at the sale next week.