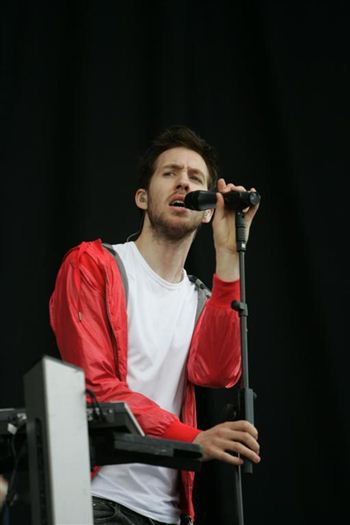 The Dumfries-born DJ is apparently furious over his latest album’s mixed reception, and flew into a 140-character rage early yesterday morning.

And in his series of angry online outbursts – mostly in block capitals – he directed his anger at music journalists and “rich peoples’ kids”.

He Tweeted: “Imagine the buzz of making something that you love, and after two years you finally have something you can’t wait for other people to hear.

“Then imagine that CD landing on the desk of ‘snide rich person’s kid’ or ‘pathetic London scene-FACE’.

“Then imagine them skipping through the tracks in their lunch break, and saying ‘well it’s Calvin Harris isn’t it – two stars, he’s a d**k head.”

Harris is no stranger to online controversy, after boasting early last month of wanting to ram-raid the offices of the British Phonographic Industry.

Angry that his official music videos had been removed from YouTube, he blasted the BPI as the “worst organisation to ever walk the earth”.

His latest album, called Ready for the Weekend, has proved a hit at summer festivals, but has received lukewarm reviews from critics.

Awarding the much-anticipated LP just two stars, he commented that the album was “glossily depthless” and that the lyrics were “garbage”.

“RICH PEOPLE’S KIDS GETTING GOOD REVIEWS BECAUSE MUMMY F**KED A JOURNO IN THE EIGHTIES.

“BECAUSE OF THE FUCKING RICH PEOPLES KIDS there are people who will like the album but won’t get the album because they saw a s**t review.”