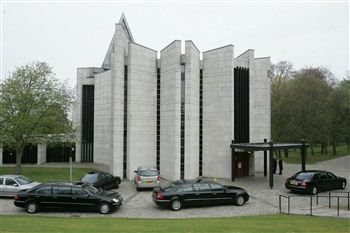 THE FUNERAL of the Scots great-granny found dead in a Mexican jungle is to take place next week.

Julia Howard, 78, from Edinburgh, went missing from a family holiday at the five-star Moon Palace holiday resort in Cancun in June.

The popular pensioner’s body was discovered five weeks later in an isolated part of the jungle near to the complex.

Now her devastated family has announced the “adored grandmother-of-six and great-grandmother-of-seven” will be laid to rest next Thursday at the capital’s Mortonhall Crematorium.

Mrs Howard went missing from the secure five-star resort on June 16 after telling her family she was heading back to her room to collect a sun hat and go for a walk.

No record of room use

She had been at the holiday resort with her son Henry Harvey, 56, her daughter Julia Brock, 55 and Mr Brock’s wife Glynnis, 55, for just 12 hours before she vanished.

But officials at the resort informed her family Mrs Howard never reached her room as her security swipe card had not been used to enter the room, and there was no record of it being used to exit the complex.

Her remains were found in the jungle two miles from the holiday complex alongside her clothing and jewellery.

After being informed of the grisly find, Ms Brock said: “I’m dazed and it is a total nightmare. We’re going out to formally identify the body.

“My brother always thought it would be bad news, but I was always kind of hoping she would still be alive.

“The rest of the family say at least we can bring her home now.”

A spokesperson for the Foreign Office admitted the Mexican authorities are investigating the Mrs Howard’s death as a “missing persons” case, and have confirmed there have been no arrests in connection with the investigation.

But the family of the Scots pensioner is still convinced she was murdered.

Son Henry said: “She has never wandered off on her own. It’s almost certain she has been murdered.”

And the family has recently slammed Mexican officials after they claimed the elderly woman should not have been left alone.

Prosecutors claim Mrs Howard suffered from Alzheimer’s, had got lost on her walk and that the family should have been supervising her movements.

But son Henry hit back by saying: “It’s absolute bloody nonsense. She had 100 per cent of her faculties.”

The much-loved Edinburgh widow’s family has placed a notice in their local newspaper inviting all family and friends of the popular pensioner to her service.

They have requested family flowers only at the funeral, and that any donations should be made out to Cancer Research UK.