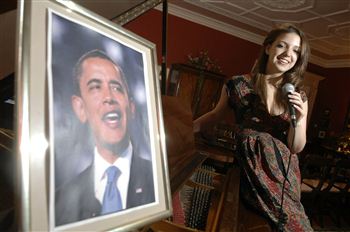 A SCOTTISH singing star has discovered she is related to US President Barack Obama – while recording an album inspired by her relative’s rise to fame.

Daisy Chute, 20, from Musselburgh, East Lothian, is a member of the modern classical girl group All Angels and has been delighted to find out she is related to one of the most powerful men in the world.

The pretty vocalist was recording her group’s third album, Fly Away, which features a rich musical history of America, when her mum informed her of the amazing coincidence.

Ms Chute’s family is also related to former-presidents George Washington, James Madison and Zachary Taylor, although they’ve known about those connections for many years.

Daisy said: “We’ve always known we were related to the early Virginian settlers through my grandmother’s side, but the news that there was a connection to the most monumental figure of the 21st century, President Obama, was incredible.

“My first reaction was ‘am I a little black?’, then I realized that was not the case – the relation is through Obama’s mother’s side.

Related to three past presidents

Daisy, a former pupil at the exclusive, private Loretto School, and her three bandmates were in the process of recording their new album when she received a call from her mother Alice, 57, informing her about a website she had found which stated the new president was related to seven other past presidents. 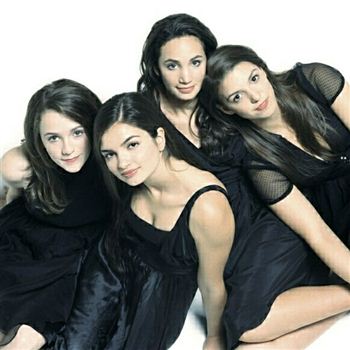 Daisy, a former chorister at Edinburgh’s St Mary’s Cathedral, said: “Because my mum knew that we were related to three other presidents in her line, we looked into it more and found that we could add Obama to the list of people we were related to.

“It just seemed like a bit of a coincidence that the group was recording an American album when we discovered that I was related to the president.”

Edinburgh-born Daisy is currently living in London and is studying a degree in music at the city’s Kings College.

The Brit-nominated band have supported classical star Katherine Jenkins on her UK tour earlier this year and has performed in front of the Queen, Sir Paul McCartney and Cherie Blair.

The talented group’s new album Fly Away will be released on September 28.