A WHISTLEBLOWER who called in police over claims a top coach had abused 15 of his students yesterday revealed Scottish Gymnastics had already received two previous complaints about his behaviour – but allowed him to carry on in his job. 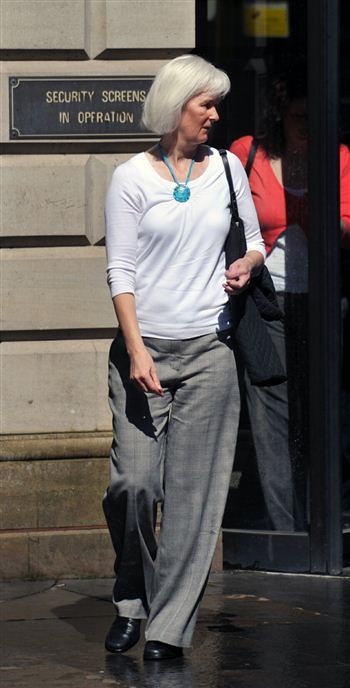 Lorna Whyte, 51, head of ethics and welfare at the Scottish Gymnastics Association since 1999, said they had been unable to act further because of a lack of information in the original allegations.

It wasn’t until December 2007 and January 2008 when another two students warned her about his alleged “inappropriate behaviour” that she reported Mitch Dolphin to the authorities.

Dolphin, 51, was later arrested and is now facing 22 charges of lewd and libidinous behaviour and sexual assault at the LO-GY Centre that he ran in Loanhead, Midlothian

Mrs Whyte revealed that she had received complaints from people in 2003 and 2006 about Dolphin but had been unable to follow them up.

And, she said, Scottish Gymnastics may even have had warnings about him as early as the mid-90s

Giving evidence at Dolphin’s trial at Edinburgh Sheriff Court Mrs Whyte said she called in officers after following up an email from one of Dolphin’s pupils in December 2007.

As a result of that meeting Mrs Whyte – who developed Scottish Gymnastics’ child protection policy – met with another pupil who also raised concerns about Dolphin.

Mrs Whyte said: “I wrote up a report about meet meeting with her and took it to my boss.

“I then contacted the police and asked them for a meeting about a potential child protection scenario.

“I spoke to her and asked if I could pass on her details to the police.”

Dolphin was arrested in April last year and denies all charges.

Fiscal depute Melanie Ward asked Mrs Whyte if there had been any times in the past when complaints had been raised about Dolphin and she said she had received two – in October 2003 and June 2006.

Mrs Whyte said: “Both were in relation to inappropriate practices with regard to the coach at the club at the time – Mr Dolphin.

“The complaint in 2003 came to me, it was an anonymous complaint. The second complaint was passed on by Mr Dolphin to Scottish Gymnastics.”

Mrs Whyte said that after she received the complaint in 2003 she replied to the email explaining Scottish Gymnastics’ policies and asking for more details.

She said that after she had received no more information in two weeks no further action was taken about the claims.

Mrs Whyte said that three years later Dolphin himself passed on a complaint – claiming another coach had made it out of “jealousy”.

That claim was treated in the same way as the first.

She said: “We responded to the email address given and explained the situation that in order for us to investigate the matter fully we had to have details of the exact claims.

“I gave a period of two weeks and the person never got back to me so no further action was taken.”

Mrs Whyte added that police had given her “a heads up” that there had been a complaint to Scottish Gymnastics about Dolphin “about 12 years ago” but explained that this had been before her time as head of ethics and welfare.

She said she had no knowledge of the complaint and had found no file relating to it.